For work or leisure, ibis Dijon Sud is the perfect location in south Dijon. Easy to access. The hotel has 78 air-conditioned rooms for 1-4 people, with high-speed fiber WiFi. A restaurant with a terrace, a wine and cocktail bar to unwind, a large lounge and Wojo co-working area and seminar room. Free enclosed private parking is available. From February 2022: charging stations for all vehicles.

The ibis Dijon Sud hotel is 10 mins from shopping areas, Palais des Ducs, Musée des Beaux Arts, near Marsannay the city of wine and wineries. A gourmet break on the terrace with Duvel on draft Enjoy an ice cream or a pastry on the terrace or in the lounges. Stroll in the nearby vineyards. In Nuits-Saint-Georges, the Cassissium and the Imaginarium offer interactive tours and tastings.

Our restaurant "La Carte" welcomes you to its wine & cocktail bar. There is also a menu of the day and for foodies, the giant salad menu at the salad bar is full of original recipes. Mandatory health pass

for a new surprise every day, our restaurant offers a seasonal menu featuring Burgundy gastronomy and foodies will enjoy the homemade fresh desserts.

The Bar : a friendly place to get together at any time of day. 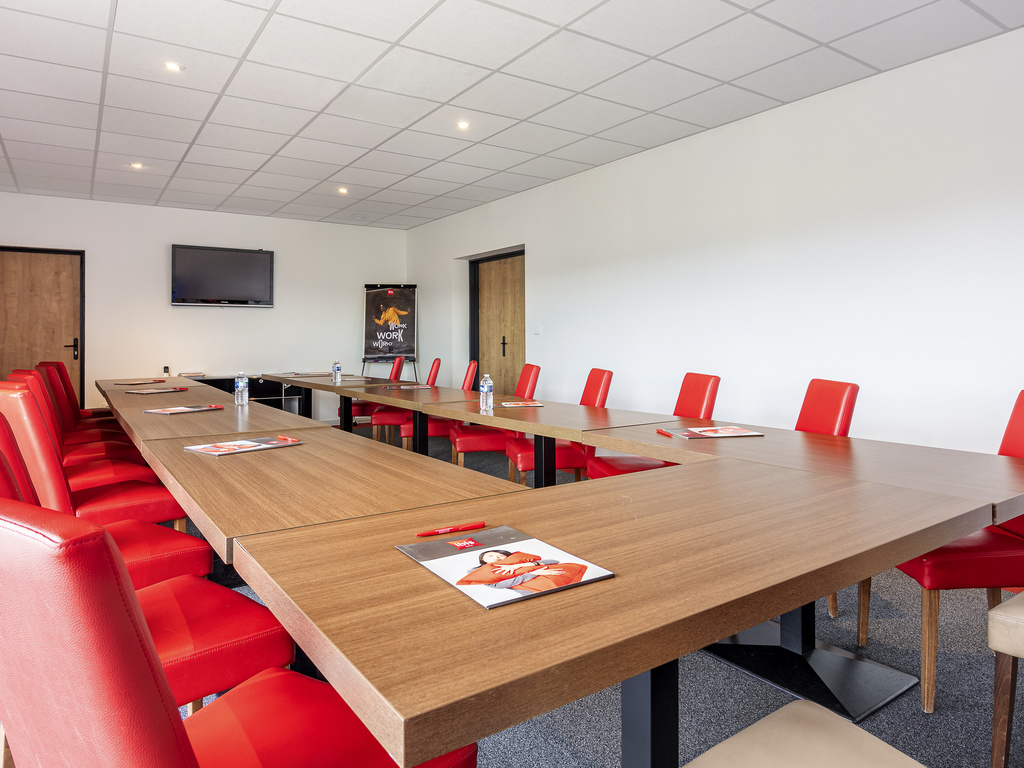 Inviting, modern and cosy, with a comfortable bed and a functional bathroom. The ibis room has got everything you need for a pleasant stay

Standard Room with one double bed and one single bed

Ideal for overnight stay when travelling the length of France

New renovations give it a modern smart appearance, which now includes a lift. The al a carte menu restaurant is retained along with old favourites on the menu. However for the first time the steak was not to the standard it used to be - in fact we left 75% each.

We stayed on a half board basis. The staff were poor in their explanation of the meals available and offered us a 3 course meal. Turns out it was pick 2 courses from either a starter, main or desert. We had to pay for a desert which wasn't that nice and neither of us really wanted, We had been traveling around France, Spain and Portugal for 3 months and the staff and in particular the hotel manager at this hotel were by far the rudest, most unhelpful and obnoxious staff we met by far on our travels. When we complained to the manager he was so nonchalant and rude I was astonished by his customer relationship. Apparently it was our fault that we could not speak and read french. It is a hotel which states that it's staff fluently speak English, not true. It became apparent that the manager had a problem with the British, a fact that a Belgian couple with us commented on it. The room curtains had holes and rips in it and did not close properly. I know the hotel is aimed at the lower end of the market and at 1 night stays but that is no reason for staff to treat one passenger from another because of their nationality.

Clean and friendly but there was no soap at the shower. The sight was to the round about. I mean it was ok. 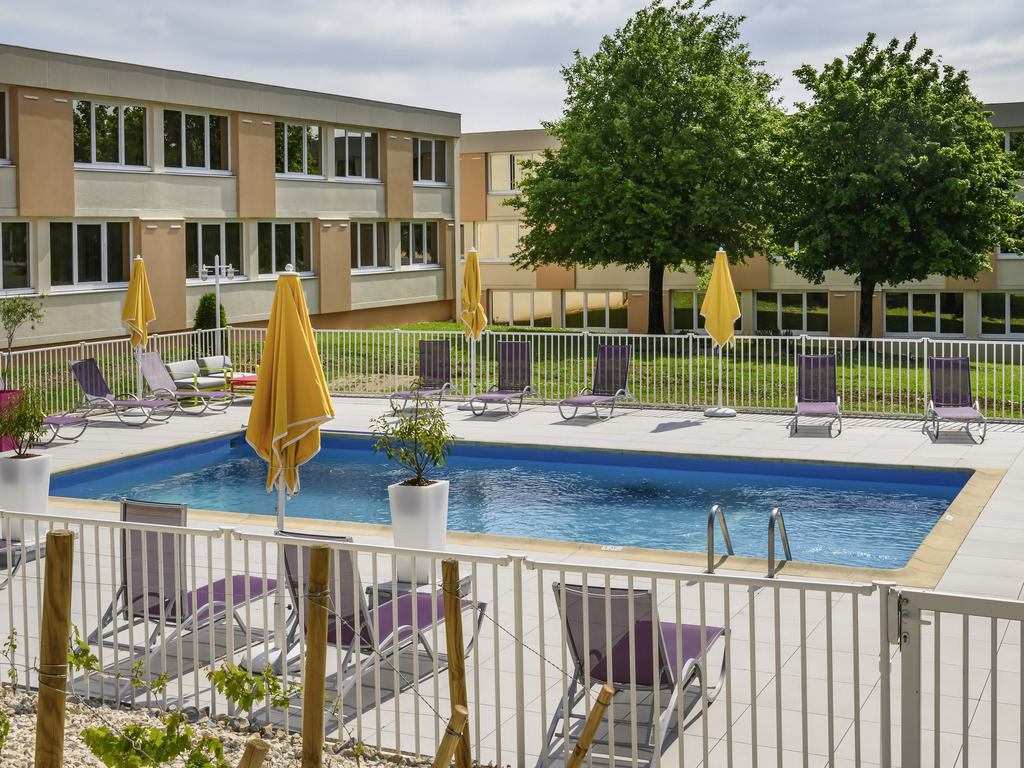 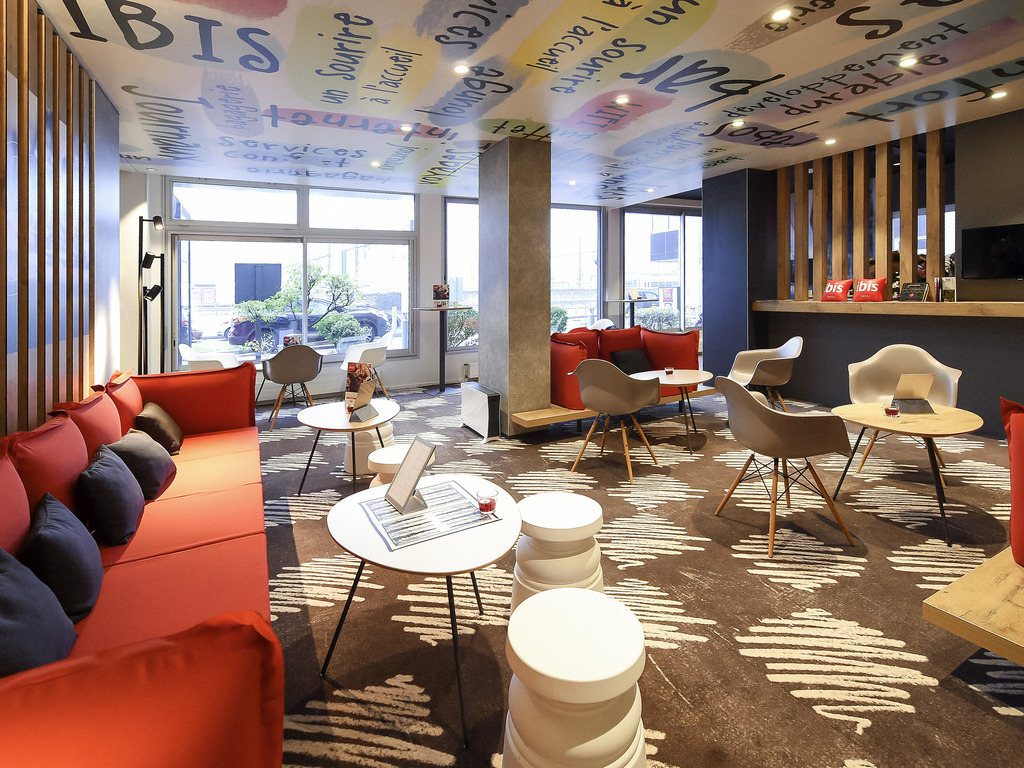 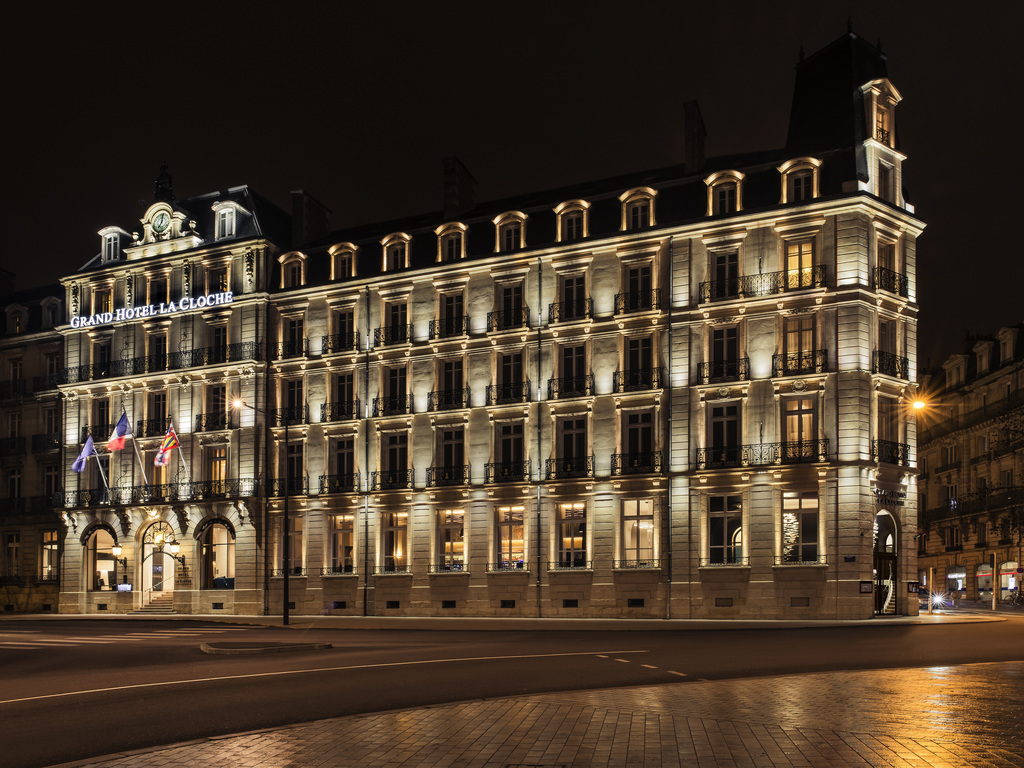