Keeping in mind the current situation, the safety and comfort of our guests and employees remain our priority at Novotel Bangkok on Siam Square Hotel. Hence, we have implemented strict measures in accordance to the governmental and ACCOR's ALLSAFE health and safety guidelines.

Located at the heart of Bangkok's shopping, business and entertainment districts, the 4-star Novotel Bangkok on Siam Square Hotel is the ideal hotel for your stay. Either explore Bangkok with ease or enjoy any of our facilities in the hotel!

Novotel Bangkok on Siam Square is a newly renovated 4-star hotel downtown that combines modern comfort and luxury. Featuring 425 rooms and suites and luxury amenities such as our In Balance Fitness and Splash Poolside and Bar. Located in the center of Bangkok where most shopping malls are found, such as Siam Square, Siam Paragon and CentralWorld. The hotel is the perfect base to explore the city as it is situated in the main shopping district of Bangkok with easy access to the BTS train station.

Novotel Bangkok on Siam Square is the perfect hotel downtown to explore all that the city offers. From world renowned shopping malls to nearby attractions such as Bangkok Art & Culture Centre, Madame Tussauds and 4-faced Buddha. The 4-star hotel is right about a minute's walk from the Siam Skytrain station, which is serves as central point connecting the Silom and Sukhumvit lines. Remember to bring along a map route of the BTS Skytrain so you don't get confused!

As the train system stretches around the city, you'll be able to venture out and discover more of Bangkok outside of its business centre district. In addition, the sky train is also connected to the Airport Link and the underground MRT.

Gourmet Bar is a relaxed space that serves a wide range of authentic Thai and western dishes as well as a selection of delicious drinks and pastries. It is open from 7am till late, making a variety of dishes available to you at all hours.

Experience the vibrant atmosphere of Thai street markets at the newly revamped restaurant, The Square! Enjoy a daily extravaganza of international fare for gourmet adventurers. From seafood to Asian and European favorites, we offer the best delicacies.

Cocktails and refreshments under the sun. Enjoy a dip in the pool while sipping a cool cocktail, beer, fruit juice or shake. Breakfast, lunch and snack menu with international and Thai cuisine plus a selection of healthy meals, salads and sandwiches

In Balance fitness center keeps your body in happy, healthy shape. Tammachart Spa has treatments perfect for relaxation and stress-relief and our big outdoor pool is great for cooling down in the Bangkok sun.

Tammachart Day Spa offers a soothing atmosphere in which therapeutic body treatments are given by professional and experienced therapists. The range of treatments include facial treatments, manicure, waxing, Thai Massage and more.

Make your meeting a success at Novotel Bangkok on Siam Square. We have 7 versatile and modern meeting rooms perfect for any event. Our experienced events and catering team is ready to customize your event and make it the most successful one. Our years of experience have let us build a great expertise in meetings organization. At Novotel Bangkok on Siam Square, our expert team will assist you at every step of the way while organising the event of your choice. With state of the art meeting facilities and catering services, we can accommodate up to 400 guests. 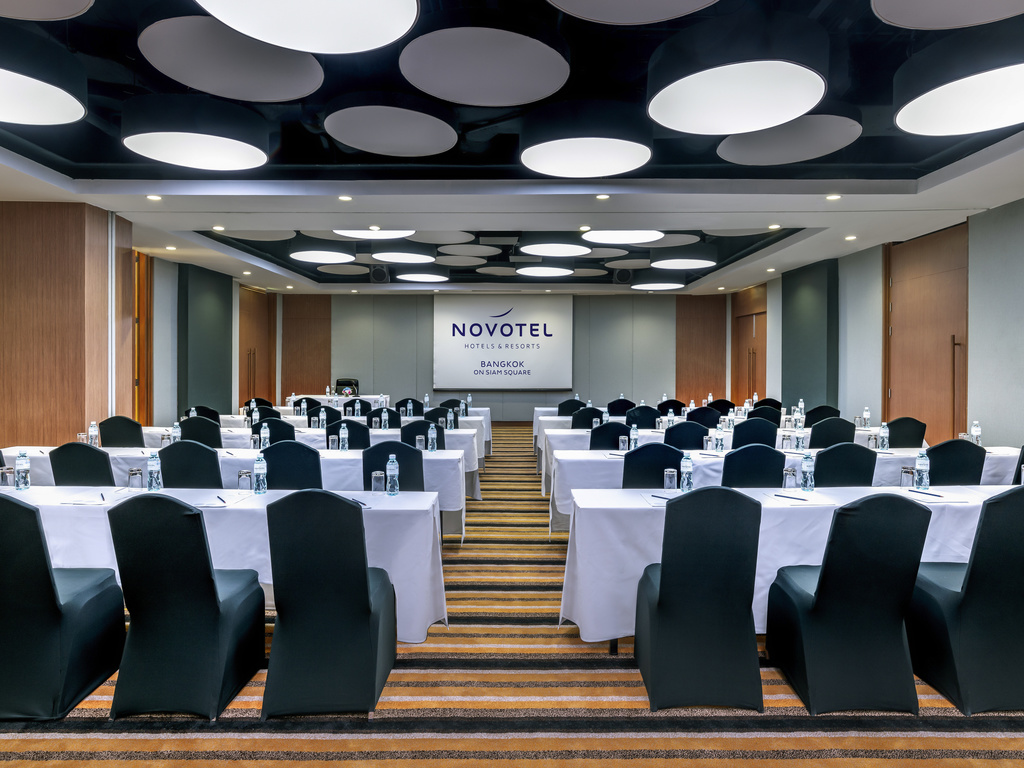 Our 425 rooms and suites are designed for both business and leisure. With room types that range from superior to one-bedroom suites, we have rooms fit for everyone. Each room highlights a flat screen TV, mini-bar, free WIFI and in-room safe. The Deluxe rooms are newly renovated with 55" Smart TV, connectivity panel & rain shower. The Executive Room treats you like a VIP. It includes access to the Premier Lounge serving breakfast & evening cocktails, boardroom use and private check-in.

Good .. but the breakfast need to add more types of food .. and some superior room need maintenance cause it looks old .. and all toilets doors need change the looks cause no one work .. thats all thanks you all and thanks tizz who work in front office he is kind and helpful

1. The ALL counter is there, and I just sit and wait there but a lady can direct me to queue with the general counter. 2. A senior staff told me Welcome Amenities only for Diamond and not for Gold member. This is my previous stay.

I stayed here for two nights in January 2023. We were “upgraded” to a room that was incredibly basic and didn’t have the standard items that my other family members seemed to have (a stocked mini bar, wash cloths, etc.). The room also felt dingy and worn. That’s so the only way I can accurately describe it. Anyways, we were given a room on the sixth floor. We arrived in the evening, didn’t spend much time in the room and went straight to bed. the next day, as I was getting ready in the bathroom I was surprised to see a baby insect (I don’t know what it was, probably something indigenous to Thailand) crawling all over the bathroom vanity. I was grossed out and have NEVER in my many years of traveling to over thirty countries (including many developing countries) ever come across bugs crawling around a hotel room aside from maybe a one off spider or a moth. But I told myself “it’s probably a one off” and just went ahead and killed it. Fast forward to later that night, around 3 in the morning I got up to use the bathroom and to my horror found the grown up of whatever was crawling around earlier scaling the bathroom wall. To make matters worse, as I walked away from the bathroom back towards my bed I saw another of the same insect beginning to crawl under my bed 🤮🤮. And those are just the ones I happened to see in a 24 hour period. People, we were on the SIXTH FLOOR. How bad does your infestation have to be to still have remnants that high up? I immediately called down to the front desk as I hate insects. The offered to send housekeeping 🙄 and I let them know we needed to change rooms immediately. To their credit, within about 15 minutes someone was at our door with keys to a room on the 14th floor or so. When my travelmate woke up and went downstairs she was greeted by the front desk who knew who she was and what happened and offered us a late check out (4pm) since we had a late flight. I appreciated the gesture, however when we arrived back home I formally complained to management and asked for a refund as honestly it was a traumatic experience. I didn’t go on vacation and travel halfway across the world to have to contend with an infested hotel room in a city environment (it wasn’t like we were somewhere rural which would be more understandable). I was very disappointed that the management at the hotel refused to accommodate with a refund even after some back and forth, stating that it wasn’t “company policy” since we hadn’t opted to leave the hotel in the middle of the night on our last night to find alternate accomodations. I’m just grateful I never ate their breakfast, which was located on the 2nd floor.

Amazing stay in the heart of Siam Square

A very beautiful hotel that is in a prime location for people wanting to explore Bangkok. It is located next to all of the Siam malls along with Central World. Many things to check out around the area. With it being in such a busy area, the noise level was actually very quiet from inside the hotel which was a plus. The rooms are nicely furnished and well kept. There is a bar and bakery downstairs which offers amazing food, pastries, drinks and desserts. Would definitely recommend this to anyone staying in Bangkok. 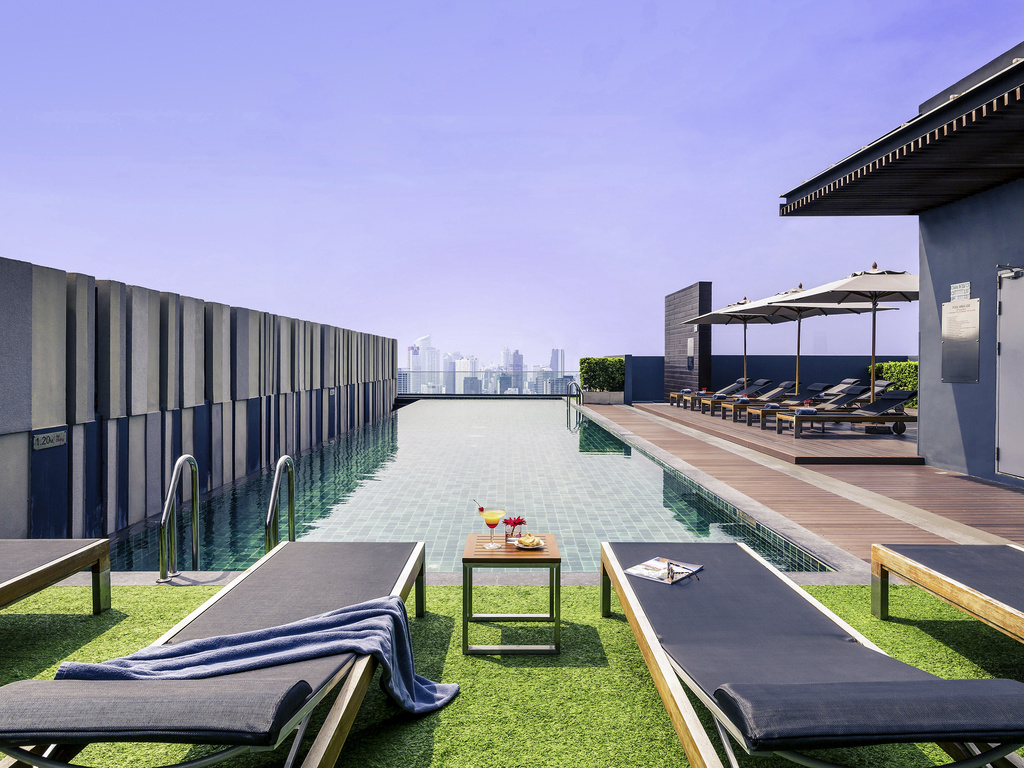 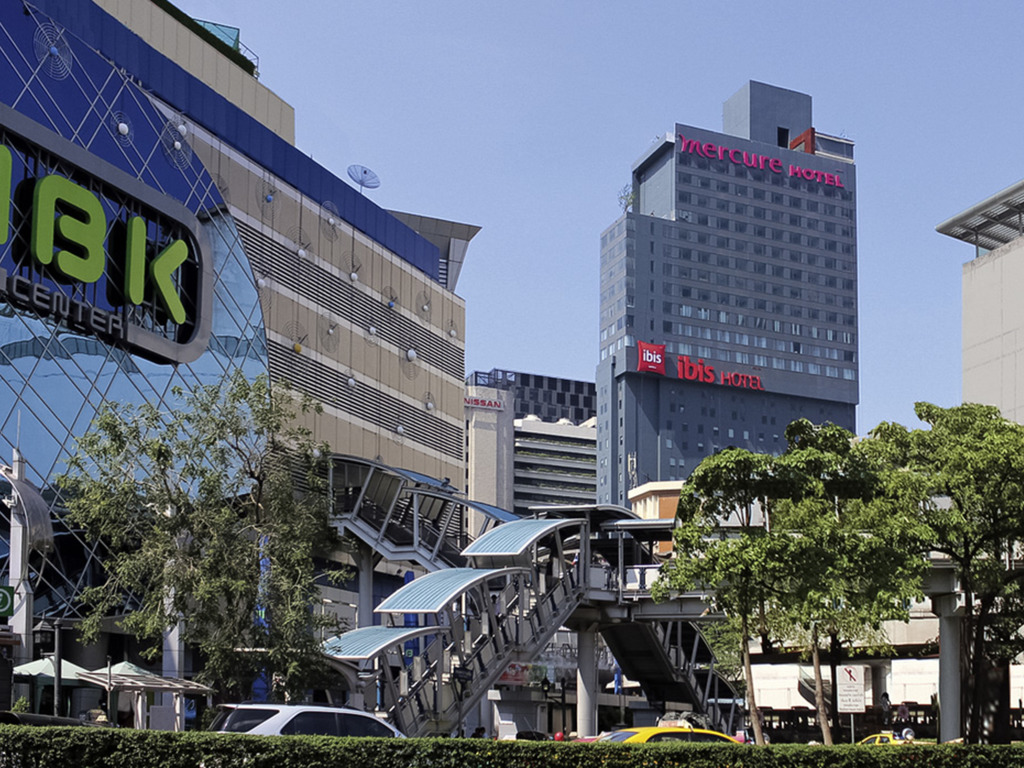 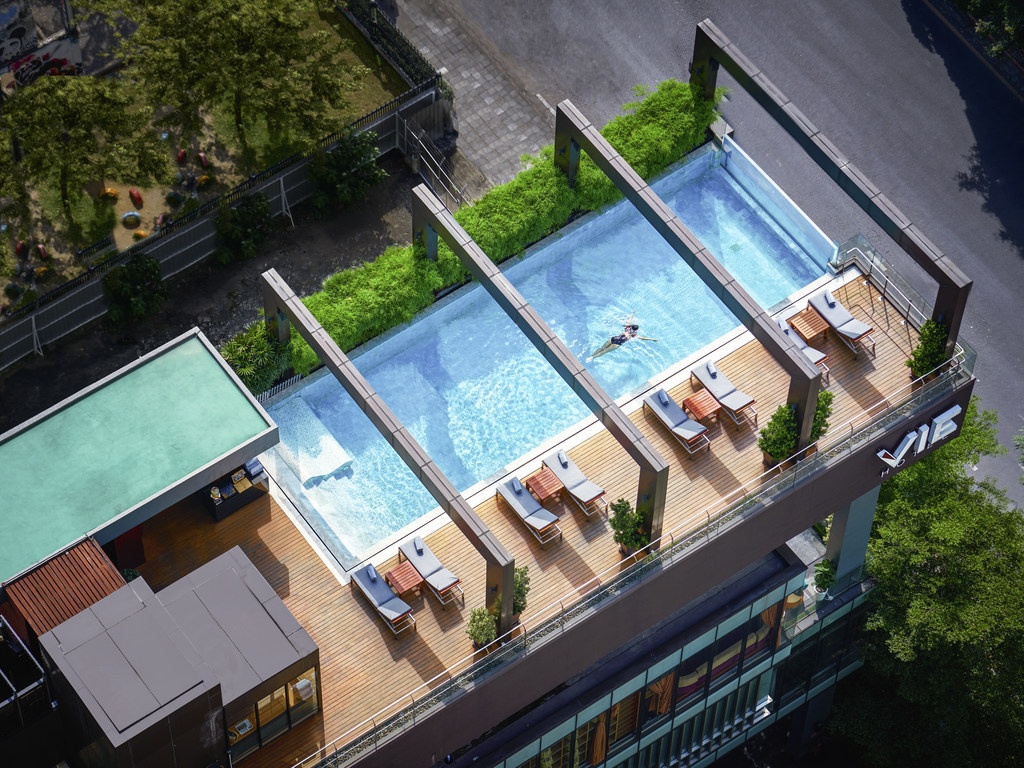