We have introduced intensified hygiene and prevention measures to ensure your safety.

Constance, the largest city on Lake Constance, invites to shopping with its old town and cathedral. A boat trip on Lake Constance creates a Mediterranean flair. Enjoying & working, both are possible here. Visit the Sea life or Bodenseetherme, enjoy a break in the beach resort in Konstanz. Cycling tours along Constance & hikes on the Sea Walk Premium Hiking Trail will make your holiday unforgettable.

ibis Konstanz is on B33 federal road. From the north, follow A81 to Kreuz Hegau and turn onto B33 towards Konstanz. From the east via B31 to Meersburg and then with the car ferry to Staad and follow B33.

Relax and enjoy. Have a snack or drink... The ideal meeting place for food-lovers, colleagues and friends. 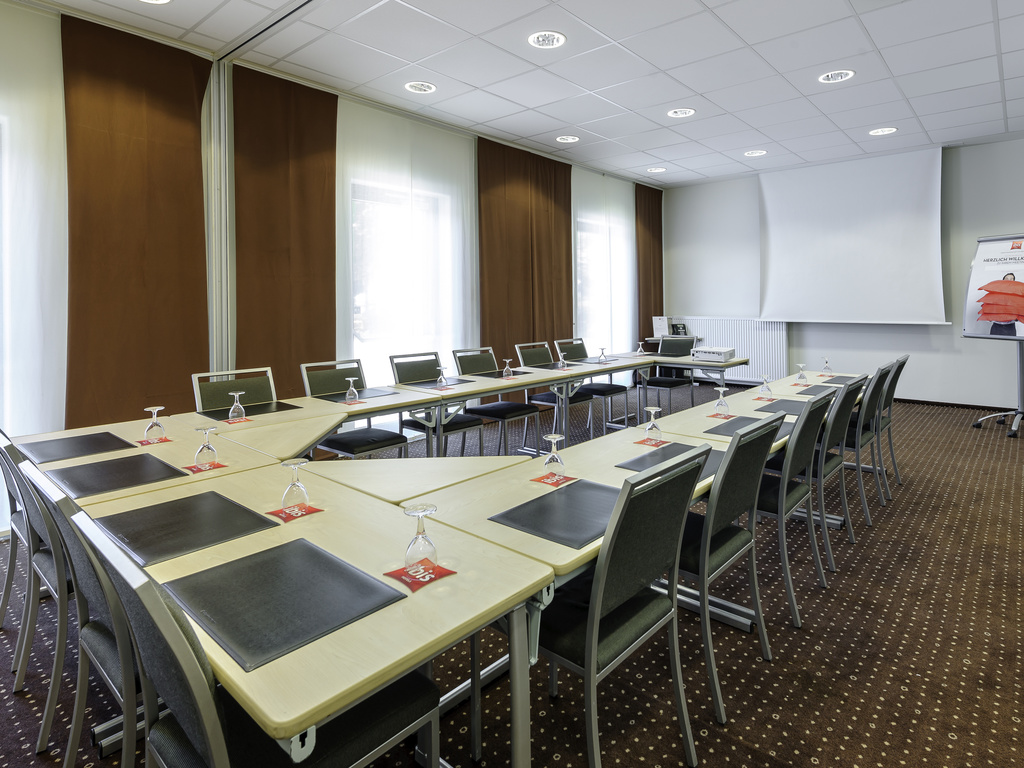 Expensive for a budget hotel :-(

The hotel is a little bit far from the downtown. The rate is high, but maybe it's a high season. The bed is very uncomfortable, so we couldn't sleep well unfortunately.

I would like to say that overall my experience was okay. But I did have a big issue with one of your people manning the service desk. I brought with me 3 dogs and I had announced those dogs. I specifically asked for a room away from other people. I had to specifically ask for the doggy bags that usually come with a stay here, because she forgot. She said that the hotel wasn't booked fully so she would put me away from other people on the ground floor. As I had a funeral to attend to, my partner was staying with the dogs in the room which was no problem, the dogs were calm. However, in the evening we went for dinner. The lady booked the rooms next to us, probably forgetting that I had specifically asked for a spot away from people so that there isn't a lot of noise. Apparently the dogs started barking while I was at dinner. However, instead of calling me on my phone, the service lady called the phone inside the room, which I am confident - knowing my dogs - made the situation a thousand times worse. After two hours I was coming back from the dinner and on my way back received a frantic phone call from her, telling me to come back RIGHT NOW and that she had been trying to reach me all evening, which I know was not true because my phone had full service at the dinner table and I was checking it regularly exactly for the reason in case the dogs bark. She later admitted that she probably dialed a wrong number. As I returned to the hotel (I was having dinner across the street so I wasn't far), the lady berated me and told me that she wouldn't have left the dogs alone. As I mentioned to her multiple times, I had a funeral that same day and it was a very emotional day and I just needed a moment to have dinner. She proceeded to berate me. She then allowed the two guests that had been complainig to approach me face to face and tell me about their discomfort. They had been rebooked to other rooms however, so if she had just remembered that I had specifically asked for a room away from other people, then it wouldn't have been an issue. I offered a round of drinks on my tab but the customers refused. I found it extremely unprofessional to let these two customers approach, and also berate me, directly. In my opinion a service agent is supposed to be the gate keeper of those kinds of interactions. So I had three women talking at me about how terrible of a person I was. Once again I mentioned that I had just laid my grandmother to rest and that I was very sorry, but that if she had called me on my phone I would have been there in 2 minutes. Overall I am extremely dissatisfied with how she handled this entire problem. It seemed like she was overwhelmed by it and handled it very unprofessionally. Unfortunately this will be my last stay at Ibis with my dogs for this reason.

Dear Ruth, thank you very much for your stay in our hotel. Unfortunately we are not the babysitter of your 3 dogs. We did our best, but next time book another Hotel.the cleaning of the rooms took 2 days! I am very sorry to say!! Yours sincerely IBIS Konstanz Team

Easy access, parking available with charge, room 418 is the best

Dear Guest We very much appreciate your comments regarding your stay at the ibis Konstanz. It is always a pleasure to receive positive feedback. I will share your comments with our team. I am sure that this feedback will serve as an encouragement to all of our staff as we strive to continuously improve the quality of our services. Thank you again for sharing your experience, and we hope your next visit will be as pleasant as the previous one. Sincerely, IBIS Konstanz Team

Friendly and quick checkin in a good and nice located IBIS hotel. The room was large and quiet. Parking house below the hotel but not part of the hotel. Restaurants and other facilities on walking distance. Very friendly and helpful personnel.

Dear Guest, We very much appreciate your comments regarding your stay at the ibis Konstanz. It is always a pleasure to receive positive feedback. Thank you again for sharing your experience, and we hope your next visit will be as pleasant as the previous one. Sincerely, IBIS Konstanz Team

Dear guest, We very much appreciate your comments regarding your stay at the ibis Konstanz. It is always a pleasure to receive positive feedback. Thank you again for sharing your experience, and we hope your next visit will be as pleasant as the previous one. Sincerely, IBIS Konstanz Team 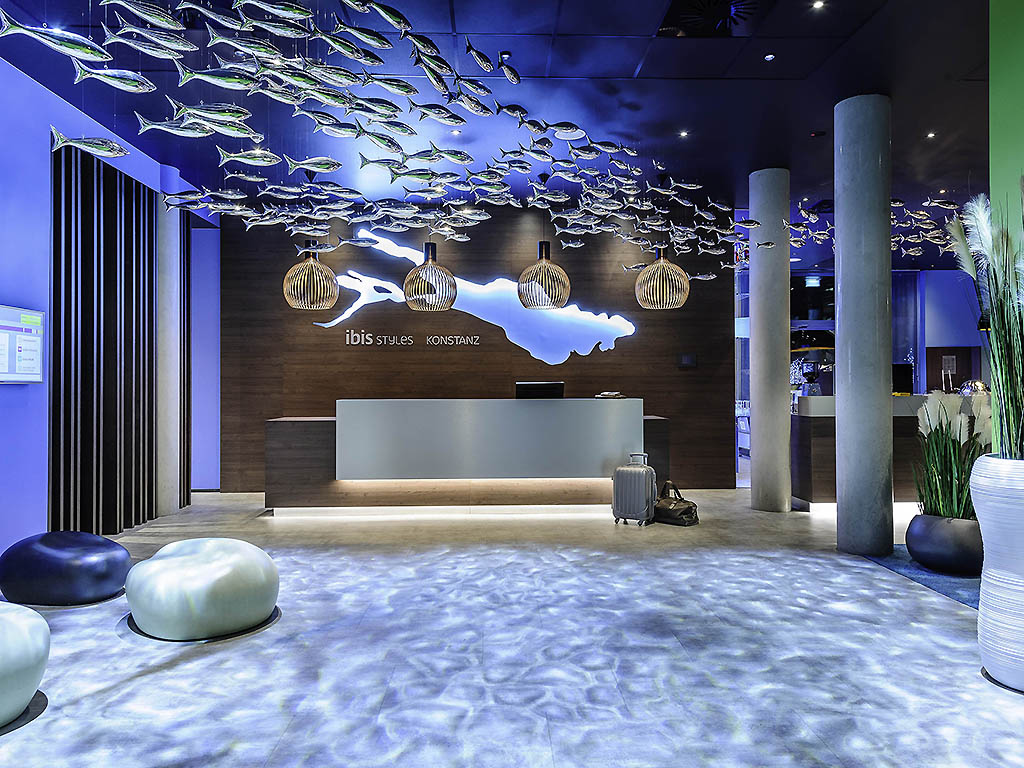 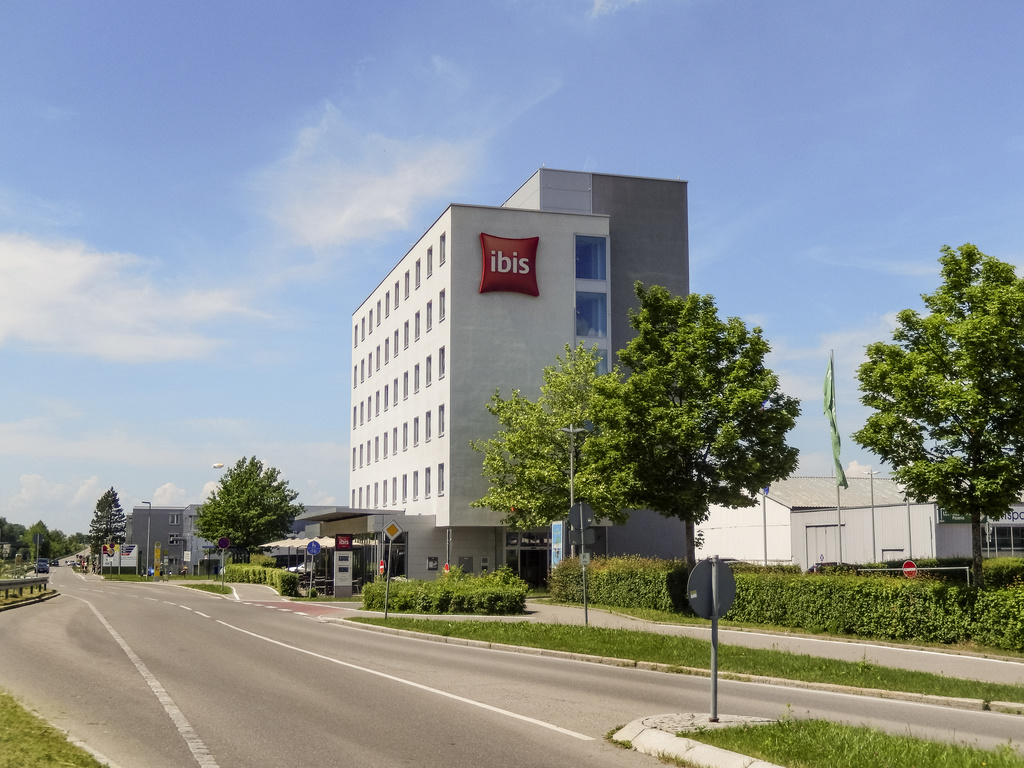