In a further step to improve the traveller journey experience at Auckland Airport, a world-class Transport Hub is underway adjacent to the International Terminal. If you are driving to the hotel and require parking, please refer to the Auckland International Airport website to access the options available and reserve & pay for parking - https://www.aucklandairport.co.nz/airport-parking/book-a-car-park

Kia ora koutou - we're excited to welcome you to Our Place. The Team and I are here to ensure your stay is a hassle free experience before we farewell you on your next journey.

Enjoy 4.5 star comfort and convenience at Novotel Auckland Airport, located at the doorstep of the International terminal. Full-length soundproof windows give your stylish room natural light plus peace and quiet. Experience THIRTEEN50 Bistro & Bar, a modern open space that welcomes both hotel guests and local visitors. Touches of tradition blend naturally with contemporary flair to create a space that evokes classic Kiwi fare with a twist of local, fresh and comfort.

The Novotel Auckland Airport hotel makes for the perfect place to rest your head, no matter where you are on your journey. Close to the airport shopping centre, Butterfly Creek, Vector Wero Whitewater Park, Rainbows End, Villa Maria winery, Mt Smart Stadium, and the Vodafone Event centre.

Located outside the international terminal, Novotel Auckland Airport Hotel takes the stress out of layovers and business trips while offering the highest standard in comfort and hotel amenities.

Thirteen50 is a modern and open space that caters for a mix of hotel guests and local visitors. The bar is centrally located drawing people into the space, using rich green granite to the counter tops. Showcasing NZ wines, beer and exciting cocktails.

There are 3 options for you to chose from depending on your tastes. A buffet breakfast, room service and for those in hurry, hot drinks, orange juice and croissants served at the bar.

Large , modern and fully equipped fitness centre to keep you in shape

Meeting@Novotel, making your meetings a success. Whatever type of meeting you are organizing, you can optimize the chances of its success by benefiting from the Novotel network Our years of experience have let us build a great expertise in meetings organization.

First whinge. This review isn't about any hotel. There is no where on this review site to actually input a review other than ticking boxes, so that needs to be addressed, surely. My whinge, oops, review is about the chronic state of the short term parking facility at Auckland domestic airport. I had to park there for one day ($58) appalling of course, but that is not the reason for this review. Early morning start, two flights a drive of 600 km, delayed flight back and with another 100 km left to drive home I reached the parking pay machine at the short term at 2000 hrs just before Christmas. I entered my ticket. The machine was unable to read my card once I'd swiped that. I tried again, and again and again. I'm not making this up. I tried another card, unable to read card was the response from the machine. I then went through all of my cards, frustration building as one can imagine. Nope, zilch, nads. I pressed the blue 'help' button. I was greeted by an extremely strong Indian accent, almost too strong to actually understand. He kept telling me to speak louder, and by the end of the conversation I was actually shouting, with a crowd of about ten people gathering to see what the commotion was. He asked me where I was, I replied surely your phone is lit up with the kiosk number, no was his reply, where actually are you? It took a few seconds to register that he didn't know that I was at Auckland Airport short term parking lot. It just didn't register where he was until he started asking me about what bank I was with, am I a NZ resident and silly questions like that. After explaining to him that the machine will not read my card he asked if it was visa. I said no, it was for eftpos. ah, he said that is the reason the machine can't read your card. I stood back and looked at all of the machines (4) and above everyone of them were the words, EFTPOS and Credit Cards only. Actually meaning that they don't take cash. I relayed my thoughts to him. With that he hung up. So, here I am, just completed a 15 hour day with another 100 km to drive, tired, hungry and extremely peed off. I can't get out of the car park because the machine won't release my parking ticket. And the help assistant in the machine was as useful as a chocolate ash tray. I pressed the blue button again, to be greeted by someone else with exactly the same mannerisms, and exactly the same questions, obviously reading from a card. Am I going to have to go through all of this again? 30 minutes now had passed since I tried to pay for my parking. As I was still shouting at the machine a good Samaritan leaned through the now cheering crowd and payed my fee with no problems. So Auckland Airport Short Term parking how on earth do you expect us travellers to get through the parking barriers when we can't get our ticket out of the machine? Is that guy in the Indian call centre going to magic himself to my position and retrieve my ticket? I don't think so. You need to sort this one out, instead of thinking about big fat profits, using offshore workers to perform a duty whereby an assistant needs to be on site. Zero out of ten, blood suckers.

Room service took 45 minutes to come burger over cooked chips cold and not nice, no rubbish bin or bath robe or slippers, view onto a building site, for the money not good value .Won't stay again sorry.

Kia Ora Craig, Thank you for taking the time to tell us about your experience at the Novotel Auckland Airport. I am sorry that your experience did not meet your expectations; please allow me to express my sincerest apologies. Your comments around your dining experience will be shared with both the kitchen and restaurant teams. We are working on increasing our team numbers in both domains in order to reduce wait times on deliveries and also the menu offering in room. We are very much challenged with the building works that are happening in the airport precinct at the moment. I appreciate your sharing your concerns, and it is my hope that you will give us the opportunity to better serve you in the near future. Should this be a possibility, please feel free to reply to this email and I shall personally oversee your reservation needs. Sincerely, Rebecca Liddle Executive Assistant Manager

Excellent staff at reception. Room was amazing. Clean well stocked. Just a pleasure to have spend my time at Novotel. Also ver convenient

Kia Ora Alta, We very much appreciate your comments regarding your stay at the Novotel Auckland Airport. It is always a pleasure to receive feedback. I will share your comments with our team. I am sure that this feedback will serve as an encouragement to all as we strive to continuously improve the quality of our services. Thank you again for sharing your feedback and we hope to welcome you back in the future. Sincerely, Rebecca Liddle Executive Assistant Manager

With the flight arriving after midnight and with an 8 yo, the long queues through bio security, the hotels location is of paramount importance.

Kia Ora Lloyd, We very much appreciate your comments regarding your stay at the Novotel Auckland Airport. It is always a pleasure to receive feedback. I will share your comments with our team. I am sure that this feedback will serve as an encouragement to all as we strive to continuously improve the quality of our services. Thank you again for sharing your feedback and we hope to welcome you back in the future. Sincerely, Rebecca Liddle Executive Assistant Manager

Kia Ora Lisa, We very much appreciate your comments regarding your stay at the Novotel Auckland Airport. It is always a pleasure to receive feedback. I will share your comments with our team. I am sure that this feedback will serve as an encouragement to all as we strive to continuously improve the quality of our services. Thank you again for sharing your feedback and we hope to welcome you back in the future. Sincerely, Rebecca Liddle Executive Assistant Manager 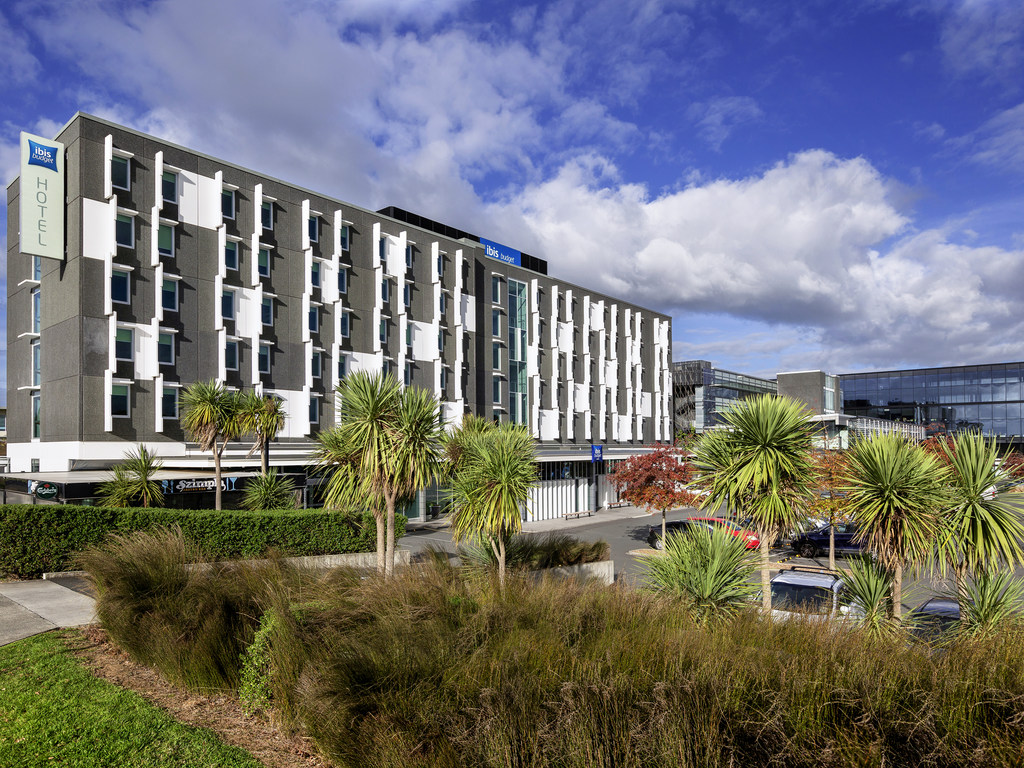 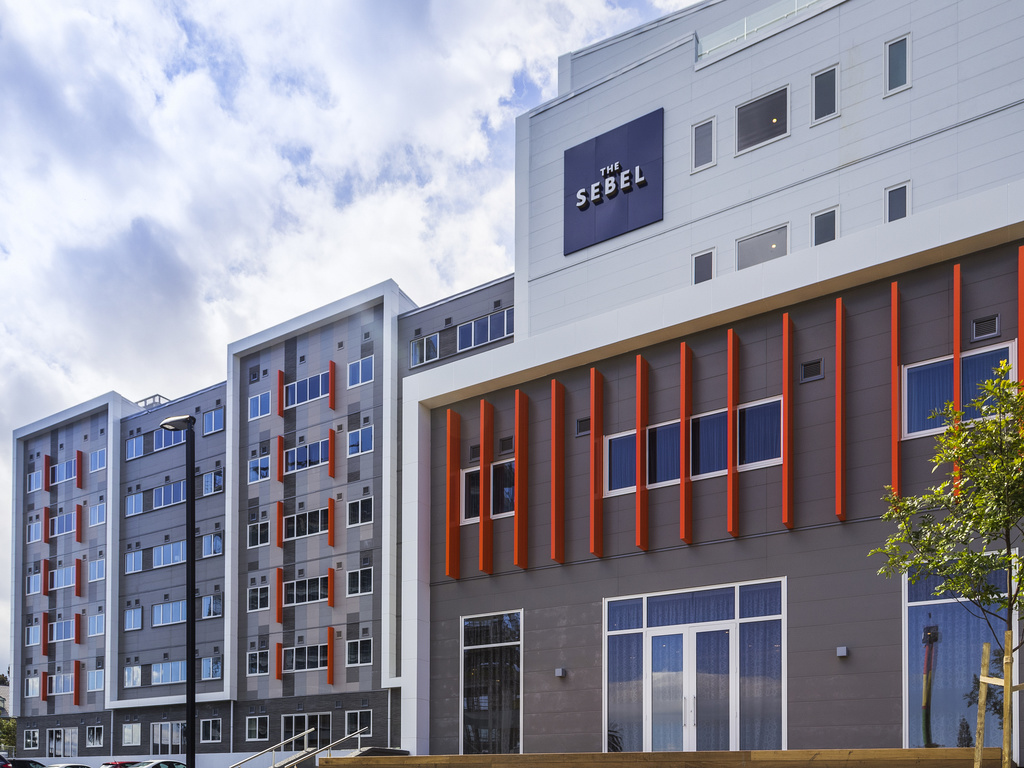