Welcome to The Sebel Kiama Harbourside! The team and I wish you a pleasant stay and look forward to welcoming you to our coastal hotel.

Overlooking the beautiful Kiama Harbour and Pacific Ocean, The Sebel Kiama Harbourside Hotel provides a charming coastal escape for both conference and leisure guests. Within 90 minutes of the Sydney CBD, the hotel has a range of deluxe rooms to choose from as well as a variety of dining and entertainment options. With 4 conference and meeting rooms with a maximum banquet capacity of 130 guests, The Sebel Kiama Harbourside is perfect for corporate events or personal celebrations such as weddings.

Ideal for a weekend getaway, The Sebel Harbourside Kiama is located within a short walking distance to the famous Kiama Blowhole, historic terrace shops and the beach. Our hotel rooms are comfortable and spacious, offering town, garden or ocean views. With access to our on-site 24/7 gym and our bar and bistro, Yves.

Kiama is a quaint seaside town on the south coast of NSW with a charming, local vibe. Explore the surrounding nature or visit the farmers market for local produce and wares.

Yves is a bar and bistro with chic decor and stunning views over Kiama Harbour delivering a modern coastal atmosphere. The a la carte menu caters to a more casual dining experience offering playful coastal classics and a tasty snack menu.

Yves is a bar and bistro with chic decor and stunning views over Kiama Harbour delivering a modern coastal atmosphere. Our bar offers over 30 elegantly crafted cocktails, an extensive selection of Australian and international wines and local craft beers.

One Fitness 24/7 is a vibrant & empowering gym stocked with state of the art equipment from Life Fitness, Hammer Strength, SMAI & more!

The perfect harbourside wedding venue to start your lives together. Overlooking beautiful Kiama Harbour,offering an ideal backdrop for a romantic wedding reception, and of course, an idyllic south coast honeymoon.

Our guest reviews for
The Sebel Kiama Harbourside

Only a two night break but as usual very enjoyable. We did unfortunately encounter noise from renovations being done, however, we were moved to a different room which was excellent. Hope to visit again soon.

It was a quick and last minute getaway. Last time we stayed we said we’ll never go back because the previous couple were rude aNd not accommodating. We were pleasantly surprised the staff were outstanding.

We stayed as our daughter was getting married at the Sebel and we thoroughly enjoyed the experience.

All good as usual.

From the moment we walked in the door, the smiling staff were extremely helpful. The Manager Frisco was a delight to deal with. We had no booking and walked in hoping a room was available. He went beyond our expectations and we were given the keys to a beautiful clean room with balcony and bath. We enjoyed the hotel the location and their restaurant so much we extended our stay.

One night only, family of 6, four young kids under 12, plus parents. Two rooms joined together. We did find the rooms a little pricey over $500 for the age and decor. The kids found two sharp nails on the floor between the doors, luckily they did not step on them. No bath in either room was disappointing with the kids. We wanted to book water views but were told it was sold out, however, the hotel was very, very quiet and seemed to only have a dozen or so guests. Overall though, the rooms were really clean and everything worked perfectly except one room the A/C remote was flat so no A/C. Linen and towels and so forth fantastic. $35 for roll out bed expensive, we were told $5 (both my wife and I on seperate calls were told $5 by the same gentleman). But that is OK. On arrival, we were excited to drop off our bags and head down to the bar and enjoy the view and have a nice cold drink. It was around 4pm. We were very surprised to find the bar closed, in fact, there was no way to get a drink and enjoy the view. It is the best location in Kiama, with lots of lovely sunny areas, on a long weekend! We had to go for a walk into town to get a beer... despite having a room at the Sebel! We found this strange and have never experienced this at a hotel before but understand the issue post Covid etc. My wife and daughter had dinner at YVES the restaurant there. Looking forward to a nice French inspired meal they were a little confused that it was just a bistro/Aussie menu but the restaurant has a French name... The food was fantastic, decor very 1990s. Price good. Myself, I don't eat breakfast, so only wanted coffee, however, I of course wanted to join my wife and children for breakfast on our holiday. Unfortunately the staff would not let me enter the breakfast area without paying the $26, and there was no way of me ordering just a coffee and joining my family. We were told seating is limited and I would be taking up a spot that could be paying them $26... We had the breakfast (it was important to me to be with my family) - there were 30 empty seats and only about 10 guests in there, so we felt 'ripped off' being forced to pay for me. In the end I forced some food down to try and get value as I was not paying $26 for a Nespresso instant pod coffee! The coffee machine buttons had all text and symbols worn off. We had to show multiple guests unfamiliar with Nespresso machines which buttons to push... Staff were friendly enough and the food was fantastic, not to mention the view. Room service was fast and good. One interesting thing, we checked the menu and decided there was not enough food there for our kids. We ordered Dominos Pizza instead. But later, we ordered a Hot Dog for one of them and it actually also came with salad and chips as a complete meal. Had we known that, we would have ordered four of those instead of out sourcing the pizza.... I had been there as a guest at a Harley Davidson event (I am a journalist) and that is why I returned as it was a nice place to stay back then. We would definitely return, but would probably use the kitchenette for our own meal and drinks.

Restaurant / bar staff untrained, steak was too tough to eat, replacement baked cauliflower main was dry, under-cooked and had nothing to go with it, and menu was very limited. Very disappointing compared to previous experiences. Everything else, rooms, service etc, was excellent.

Our overall experience was very pleasant. The front desk staff were very helpful and the waterfront room spacious, clean and well appointed.

Nice location, shame we upgraded and the receptionist told us we wouldn’t need a balcony room, so she didn’t give us one.

It was nice, for the price we paid, it was not worth the $374 for ONE night. Bed was uncomfortable, room was plain, nothing special and with no breakfast available, even though it was advertised all over the TV graphics. At least $100 over priced for the room, The late checkout was great!

As usual staff are helpful & pleasant! Food was tasty & the performer in the bar was very good! Usually there is a lovely breakfast over looking the harbour & hopefully this will return sometime soon!

very helpful lady ( Kerri ) on check in however was disappointed to be told that the Quarry was closed for breakfast and the gym was unavailable.Same lady make some suggestions for dinner as Yves was also closed.

Noisy neighbours at 0245 Saturday morning. Problem as opposite the lift.

Had 2 reservations and there was some confusion. Did site a cockeroach Walls look a little bare as no pictures Live music Sunday afternoon was excellent Food in the restaurant was great Will request a balcony room next time . We’ve always had one before but obviously did not tick the right box this time. Only 1 hour from home but we felt like we’d been on holiday

Sebel Harbourside Kiama perfect as ever

We had a big family party over several days with people coming from Canberra and Sydney to the common meeting point at Kiama. Everyone loved their rooms and we got to know the birds nesting in one of the enormous figs near one balcony quite well. We had a couple of meals at the restaurant and they were good. The rooms were wonderfully quiet so everyone slept well. We regularly go to Kiama Sebel and it has never yet let us down. So now it is a home away from home for us.

The reception is helpful. The room is spacious and clean. The restaurant facing the harbour has good view. The street is quiet. The maintenance staff is very responsive and helpful. The hotel is close to the city Main Street. 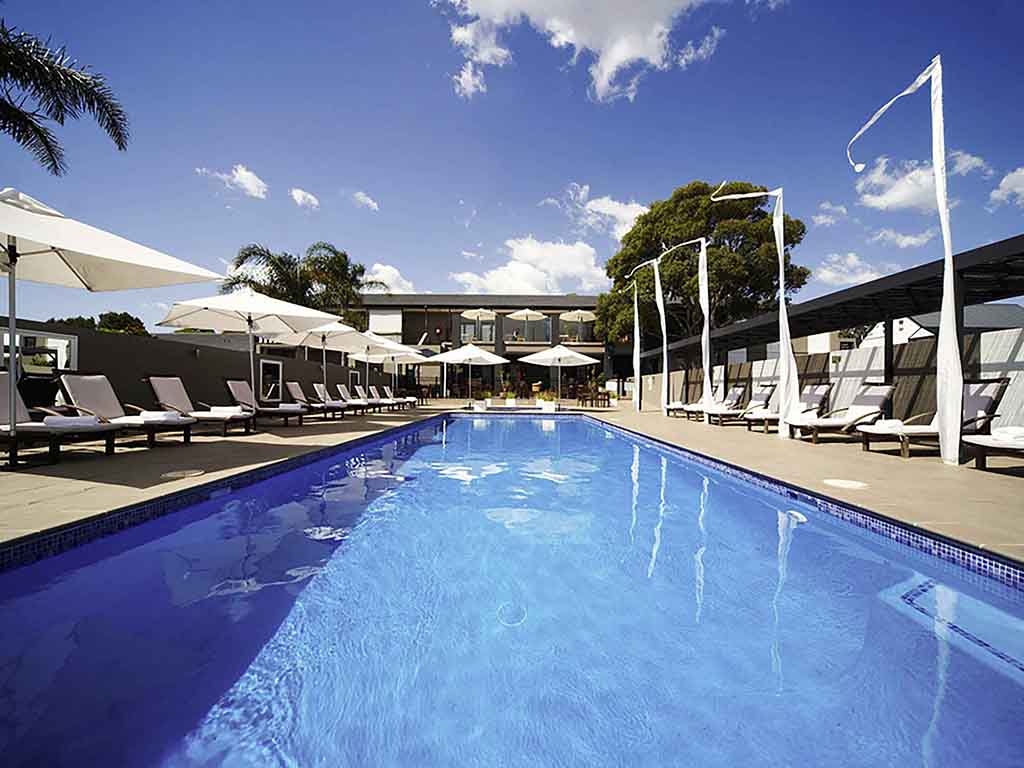 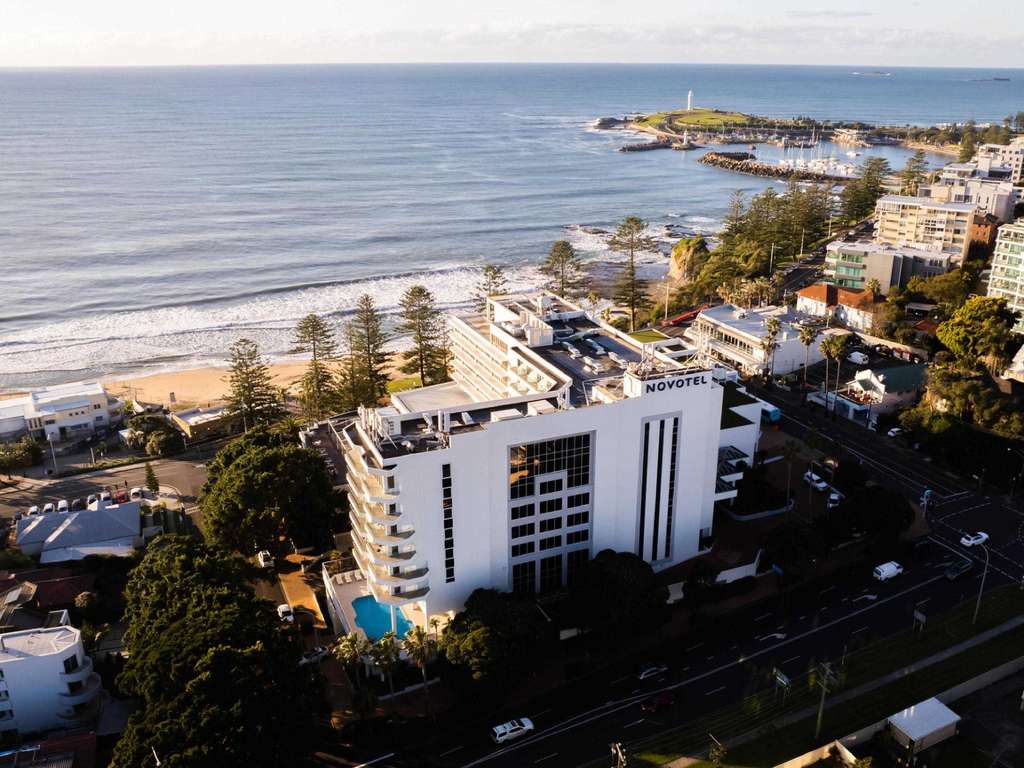 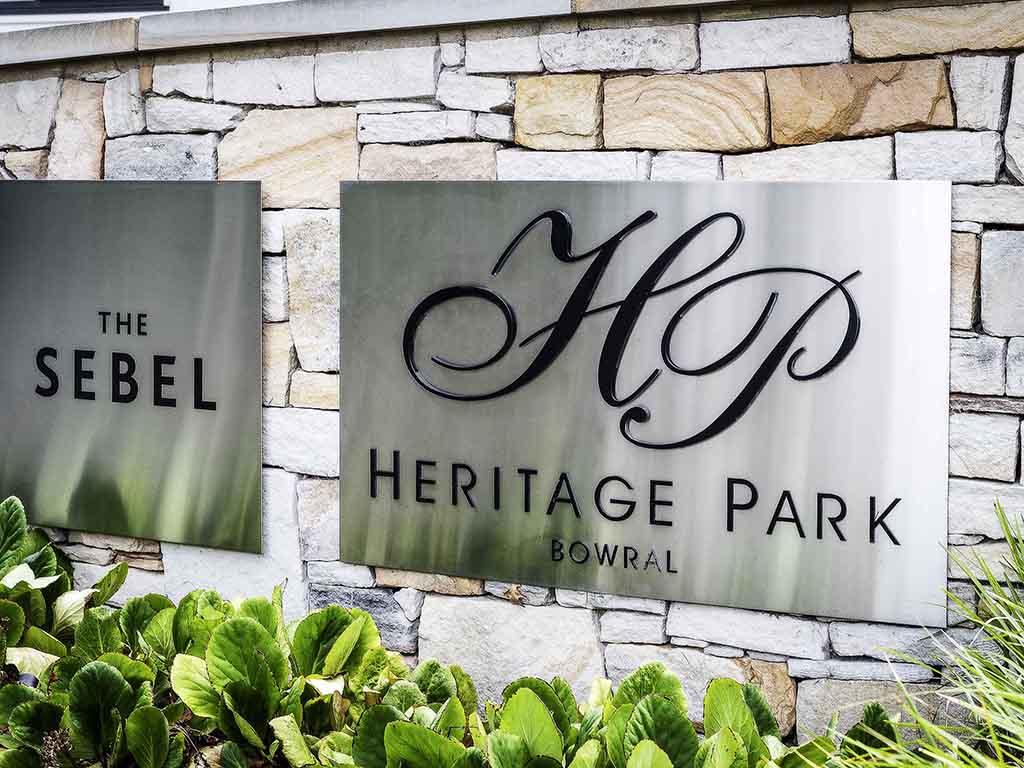