Welcome to Mercure Piotrków Trybunalski Vestil. Did you know that parliamentarism and democracy were created in our city, which later covered entire Poland?! Thank you for choosing our and see you soon.

The hotel is located in the center of the town, near the historical old town, and the train and bus stations. Its prime location in central Poland makes it perfect for both business and leisure trips. Enjoy functional conference rooms, comfortable suitesa nd an elegant restaurant.It is a perfect spot to relax your body and mind - an ideal place for guests who value comfort and high quality. Try our soothing beer baths.

Mercure Piotrków Trybunalski Vestil is located in city centre in banking district, with easy car park. Railway station and A1, S8 motorways are 10 min away. Comfortable hotel for business and conferences. Rooms with internet. Hotel offers beer baths and SPA treatments where you can relax. Restaurant on the 4th floor offers interesting views, an outdoor terrace and delicious cuisine, drinks and beverages,

Vestil Caffe located by the hotel reception offers a wide range of hot and cold drinks (alcoholic and non-alcoholic). There is free wireless Wi-Fi available in Vestil Caffe

The Mercure Vestil Piotrków Trybunalski guarantees an unforgettable wedding reception whether it be traditional or modern, grandiose or more low-key. Every effort is made to ensure that wedding receptions at our hotel are a dream come true for newlyweds.

With business groups in mind, our hotel offers state of the art meeting facilities that meet international standards and are available for conferences, training courses, parties, receptions and shows. They are fully equipped with audio-visual technology. A modern conference center is available for various types of events - all of which can be held at the same time without conflict. 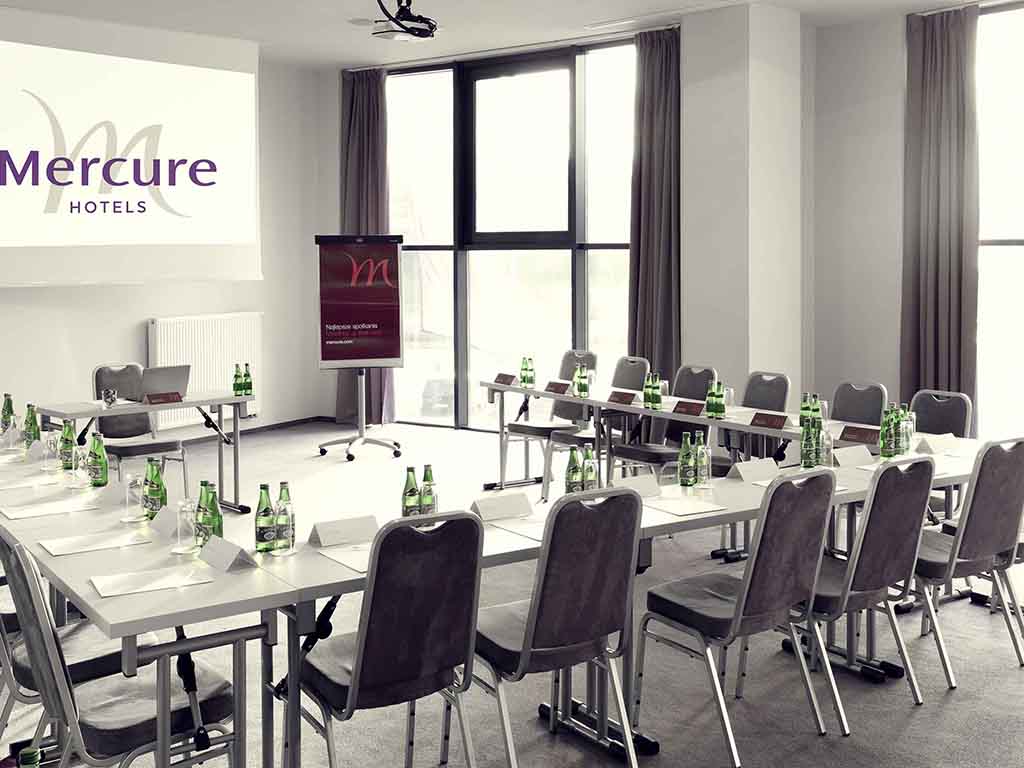 We have 63 smart, spacious and comfortable rooms available that can accommodate 124 people. Experience an overnight stay in our DIAMOND APARTMENT - a three-room studio suite measuring almost 1076 sq. ft. (100 m²), with a winter garden featuring a glass wall overlooking the city. The suite can also be booked for an extended stay.

Standard room for 1 or 2 guests

SUPERIOR ROOM for 1 or 2 guests with an additional sofa

SUPERIOR PLUS ROOM PLUS with additional sofa 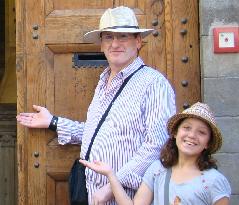 Mine was a short, one night stay while I made my way from the south to the north of Poland. So in that respect it was perfectly located. The staff were pleasant, helpful and nothing was too much of a problem. They also had my favourite wine - so that was a bonus !!

This hotel is a bit of an enigma. It is well located, has parking in front, looked clean and tidy. Then you get into your room and there is no fridge in the standard room. It was starring to get quite chilly in the evening when we stayed mid September - no thermostat available in the room to control the heating. When we asked about heating not working - the answer was that the hotel is connected to the central towns heating system and it was not on yet. This is the first time for us to stay in a hotel where there is no local heating system ornat least a temporary solution used. At the top floor there is a restaurant which is used for wedding parties. Be aware that when this happens you can hear the music beat in the whole hotel and as a wedding does not finish before 23h, you can hope to get a good sleep. We hopped for a better stay.

Not up to expectations compared to other Mercure hotels

Sadly we were not as satisfied as we normally are when staying at Mercure hotels around Europe. It was unbelievable that heating was not working because it is connected to the central town's heating system. First time in 21 century for me to have no room thermostat for heating. The hotel seems to be used mostly for business trips, weddings and occasional stops by travellers. On the second night of our stay there was a wedding in the top floor restaurant. The music could be heard everywhere in the hotel and did not stop until late (which is understandable for a wedding, but not for a hotel where other guests are trying to sleep). I would understand most of this if the hotel was much cheaper than the rest of options in the area, but it is not. Hopefully this was a one off event.

The WORST hotel I have ever stayed at!

The staff was extremely rude. When we checked in, they acted bothered by us. When we had a question or needed something, they would roll their eyes and act annoyed by us needing help. We were not allowed to use the guest parking garage, but instead were told to park on the street. The room was absolutely disgusting and dirty. We had hair all over our bed and bathroom. The AC did not work even though we were charged extra for an AC room. Although the hotel claims to be smoke free, our bathroom smelled so heavily like cigarette smoke that it felt like a group of people was standing right inside our bathroom smoking. This was definitely a health hazard not only to us but our 2 year old boy. It broke my heart that we had to stay in such disgusting room with our son. We also asked about breakfast. The staff failed to properly explain to us how breakfast works (not sure they had an understanding how their breakfast process works). First they said it’s a buffet and then requested that we complete a breakfast order sheet for our breakfast to be delivered to our room. The sheet also had the time we would like to have breakfast at. We put 7 am. Our breakfast arrived at 7:45, 45 minutes late! Our 2 year old boy had to starve for 45 minutes!!!! Absolutely unacceptable! When I called the front desk, the staff kept continuously giving me excuses. First, we were told that breakfast is being cooked and we should receive it in 15 min. When we called again, we were told that the cook was running late b/c he arrived late at work. We were told that normally breakfast starts at 7:30, but we were never told that in the first place and nobody said anything to us when we put 7 on the order. When we contacted front desk again after waiting for breakfast for 30 mins, we were told again that breakfast is on its way and should be in our room in 5 minutes. The stated 5 mins actually turned into 15 mins. When we finally received our breakfast, the entire breakfast was cold!!!! It appeared that they cooked breakfast for EVERYONE in the hotel at the same time and then started distributing it room by room. We cancelled our breakfast for the next day as we could not keep waiting for breakfast, unreliable employees, and our boy starving. It was by far the worst hotel and experience we have ever had!!!

Good location, but I don't understand why the restaurant it's open with self-service for breakfast, and closed for dinner ??? It doesn't make any sense ! In all ACCOR hotels that' I've been from March 2020, the restaurant is open, the employees serve the guests, for breakfats, lunch and dinner.... 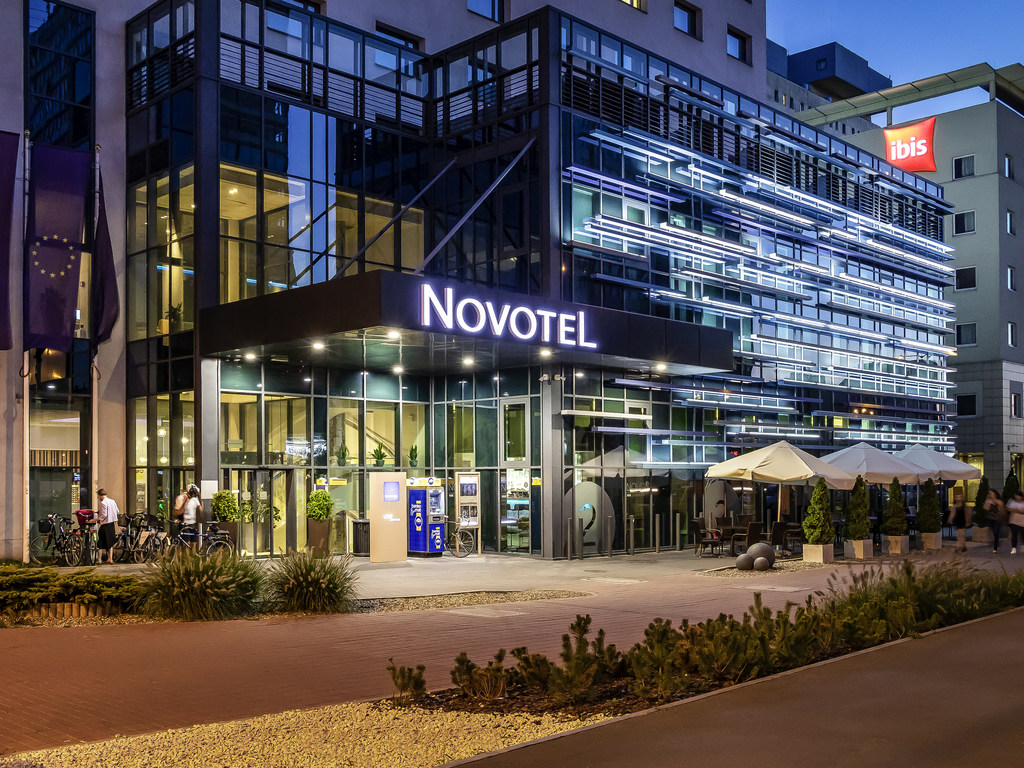