We are open and we remain fully mobilized to welcome you in the best possible conditions. Our restaurants and bars Pedzouille, La Grange Rooftop and Rosé Le Restaurant are also waiting for you. Remember to book our restaurants in addition to your rooms! The presentation of the health pass is mandatory in our restaurants, bars, gym, and meeting rooms.

Your reservation and your advantages
Book this hotel 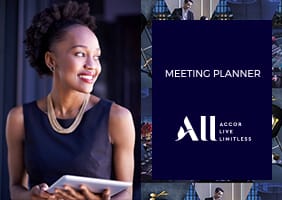 We're labelled ALLSAFE to ensure the implementation of all sanitary measures and make your getaway unforgettable. Discover a quiet and inspiring oasis. No point resisting, let's make room to escape.

If it's stylish peace and quiet you're after, head to the 4-star Novotel Paris Porte de Versailles, established in 2020 by architect Jean-Michel Wilmotte. Our rooms and suites are a quality oasis amid the exuberance of Paris. Drop in at the Rosé restaurant/bar for a sophisticated Provençal gourmet experience, then discover the amazing Eiffel Tower views from our rooftop Pedzouille La Grange.

Rosé: the Mediterranean spirit of discovery and sharing. Fresh produce and gourmet cuisine from land, sea and the garden, accompanied by a glass of rosé to remind you of the beach. Benvengudo!

Our altitude hostel perched on the 8th floor! 100% terroir cuisine with the best view of Paris and generous, typically-French dinners. Our fire pit is ready to go!

Rosé, the café, will be your favorite café for healthy homemade breakfast, lunch, snacks and gourmet aperitifs. In a hurry? Choose what you like, eat on the go or choose from our takeout menu.

The best selection of rosé from Provence and original cocktails that will remind you of the south at the Rosé bar. Relax: beach vibes all round. We had two meetings. Very well organized, great support from the Novotel team. Thanks.

beautiful hotel, wonderful breakfast. One note: bar closes too soon in the evening :)

Unexperienced personnel Data not found even with preregistration Obligation to pay breakfast room service even with credit card depot Night service plates in front of the door even at 10 oclock in the morning Wrong invoice (too much breakfast counted) Very Long waiting time at the bar Egg pans not working Rooms merit 4 stars Service merits 1 star This can not be called customer service. They don’t know what this means Customer should be treated like

Hotel is good, new, comfortable, just 3 minutes from the metro 12. It’s right next the Paris exhibition center. However it’s almost 30minutes of metro from Paris heart like montmartre, Louvre, trocadero etc. so keep it in mind if you plan to visit Paris as a tourist.

The location was great, the look of the hotel was very nice. But as soon as I entered my room it smelled a bit weird and that really threw me off. I had the breakfast at about 8 o'clock, and unfortunately I didn't quite enjoy that. The bacon and eggs were cold, the bread was in a basket without any utensils to pick up bread so everyone just put their hands in it. The bread was also hard as a rock. The orange juice barely had and orange in it. Dissapointing breakfast, which I paid for.

Requested joined rooms but they were not available. Staff was courteous and helpful. Managed to give us rooms opposite each other. Overall satisfied with the stay.

The lobby is fantastic.

The room was spacious ( 2 adults and 2 children ). The breakfast was really delicious, the staff at the reception was helpful and very friendly. We enjoyed using the gym which has spectacular Paris view . The restaurant on the 8th floor was excellent, too ! We had a great time in Paris , thanks!

well located to the convention center and subway

We liked our stay, but would have liked the room to have been a bit bigger.

Big thanks to the staff who are all great. The are nice, friendly and super helpful. This is the great asset of this hotel I would say together with the cosy decoration and kids facilities. I really enjoyed my stay and I am not easy to satisfy. We will definitely come back.

I spent almost a week in the hotel with my two kids in a three-bedded room. The room standard is great and the little gym was perfect for exercise. The room has a safe and a fridge, and the bathroom is big and practical. The breakfast buffet is big and includes a great choice of food. Since I am used to French bureaucracy, it did not surprise me that the only negatives in the hotel have got to do with the organization: Check-in, despite having done it online, took 10 minutes, even though we were the only ones at the reception desk. The organization at the breakfast was a disaster, with lots of staff running around with one plate here, and one bottle there, or waiting in a corner to be told by someone else what to do. There was a constant lack of plates and pastries, and the staff were not always able to communicate in English with the non-French-speaking guests. However, I speak fluent French but some staff insisted on speaking English with me, since I was a foreigner, which can also be seen as something rude... If you end up in the breakfast room at the wrong time, you can also have to wait for 30 minutes before you get a table, since the breakfast room is far too small for the number of guests that the hotel houses. The cleaning of the rooms was very good, but it took place at 4 or 5 p.m., at a time when we (being tired tourists) had come back for a rest. On the day of check out, on the other hand, there was a constant knocking on the door to see if we had left (the staff even woke us up the first time). That I told them the first time they wanted to do our room, that we would stay until noon did not seem to help, since there were lots of protocol-carrying bosses running around that did not communicate with each other.... Also, we did not always get three towels in the rooms. We tried to save our towels, so that we would help save the environment, but the cleaners insisted on giving us new ones every day, but often only two, despite us being three in the room. One day we went down to the reception to get something to drink while the cleaners took care of the room. The receptionist declared, though, that the restaurant was closed until 6 p.m. (fair enough), and that the bar at the reception desk was not open at this time (no reasons why were given). When I asked if it still was not possible to sell us some bottles of Coke, after all they stand in a fridge easily available for anyone to take, the receptionist said she would ask a colleague. We waited for 15 minutes, but had to go up to our room without drinks, since she probably forgot about us. To sum things up, the hotel is a good standard place with easy access to Metro and tramways, and the rooms are well tidied and spacious (from a Paris perspective). If you can live with disorganized structures when it comes to service, it is a hotel which gives you good value for money.

It felt like they've only just reopened after the pandemic so can be forgiven for not being totally organised for a high occupancy few days - I stayed 3 nights. The layout of the reception/ground floor doesn't lend itself well to check in queues, breakfast queues and generally having people using the space. The downstairs bar area was not open so this would have caused even further crowding if it had been. Breakfast choice was good but again, the layout meant it caused queues and bottle necks. The rooms were comfortable, clean and well managed. Staff were friendly and helpful but busy working out how best to manage the guest demands.

We loved our Paris getaway at your place. The whole family was very happy, including our four kids -- 13-11-9-7 y/o. We all enjoyed the rooms, the amenities, the breakfast, the location, the neighborhood. It made our Paris trip one to remember. We would definitely recommend the place to our friends.

information on the website when booking was not very good - I assumed I was booking a room with breakfast for example and so did my colleague. The information from staff when checking in was not satisfying, they could not answer any questions and were not very well informed. The check in took long time as well. Not being able to buy food or drinks at the hotel - only breakfast in the morning, was not satisfying...you were hosting industry leaders and they expect good service. The room was nice and also the cleanliness of the room was good.

The rooms were spacious (especially for Paris standards) and clean. The breakfast was nice.

Hotel staff is excellent friendly and helpful, room comfortable with high rates .so far best hotel in Paris for me , location are convenient for traveller , but breakfast too little choice , hopefully they can improve it .