Mercure Dubai's brand new suites lead into a spacious living area with dining and study space, bedrooms with a big balcony and bathrooms with walk-in shower & bathtub. For both short and extended stay guests, each of the 408 suites offers spacious living quarters, with ergonomically designed furnishings and stylish décor. The hotel's dining venues are an all-day dining, café lounge, sports bar, pool bar and a specialty restaurant. The suite hotel is also equipped with modern meeting spaces.

Enjoy a delightful meal at Day&Night, ideal for luncheons or quality time with family and friends. Relax indoors or step out onto the outdoor terrace for an al fresco experience and savor international flavors for breakfast, lunch or dinner.

Unwind at the outdoor swimming pool and indulge in refreshments and light stacks at the pool bar.

THE EXIT, a sports bar has 8 screens to watch a game and has an outdoor terrace. This new happening place in Barsha Heights is also referred as a gastropub and lounge, offering a variety of sumptuous dishes to relax and unwind with friends. 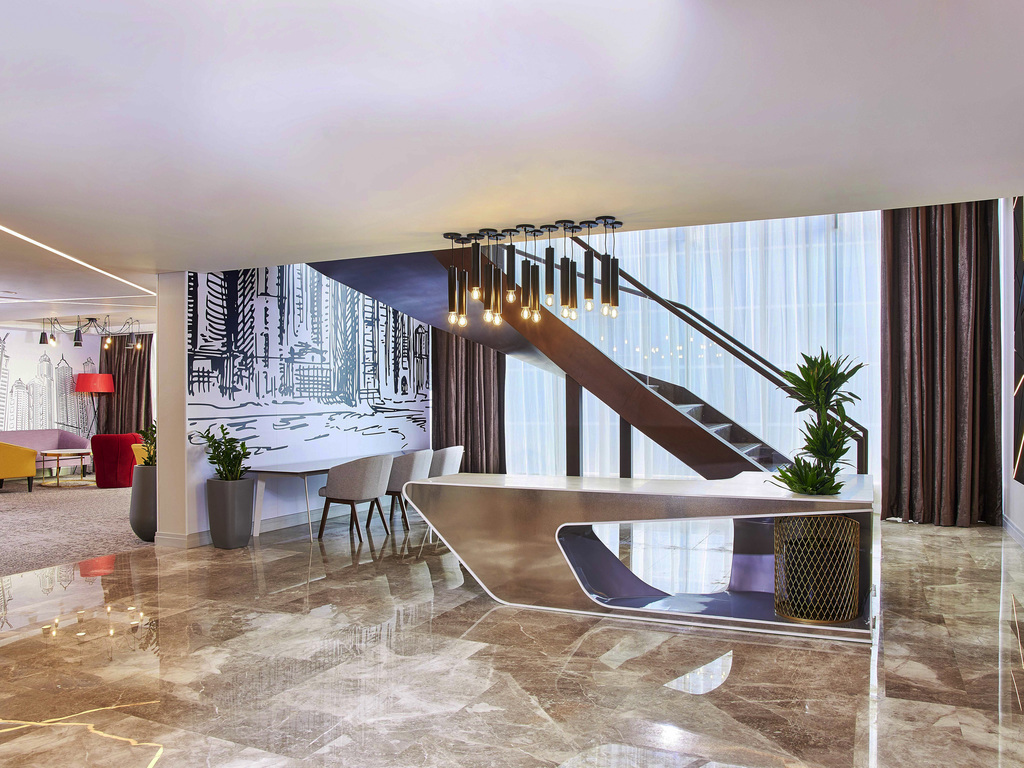 Mercure being rated a 4-star hotel is the biggest joke.

I've lived two years in Long term apartments, which is among the worst experience ever; Mercure being rated a 4-star hotel is the biggest joke. 1.) Management changes like a never-ending cycle of laundry. Each time they try to force us into new rates even though we have a contract signed. Furthermore, they lie about not being able to take card payments and try their best to take cash. 2.) Cleaning is a nightmare, with balls of concrete dust underneath the bed, carpets, toilets, sink etc. They don't even wipe the tables, change the linen, a quick swipe over some furniture, and that's it. Additionally, I've had two roommates that have had 200 AED and 500 AED magically disappear; coincidence? I think not. 3.) When rent day comes, it is an absolute nightmare. They make hilarious lie's and excuses about them only accepting cash and not card payment; Maybe trying to avoid taxes or whatever shady reason, either just another reason why I get ready to control my temper by the end of the month, And from never-ending reminder calls to cancelling hotel cards and not recharging them until we are forced to pay, they breathe down our necks and pressurize us to the point of having a mental breakdown. 4.) Exit Sports Bar, Trashiest service ever. Takes forever to get someone's attention, never-ending mixing up of orders or even the orders take an average of an hour to show up. 5.) Slowest WIFI to the point where WIFI speed readers don't load. Forget trying to WhatsApp, let alone video calling or taking a meeting from the comfort of your room. I paid 300 AED for premium WIFI that took two weeks to fix and set up, and barely ever got good speeds unless we urged them to send IT to resolve the issue. 6.) Don't even dare to come and break anything in the room even the tiniest scratch or unnoticeable chip, especially if its not your fault, you will be asked to pay an absurd amount of money. Shout out to the main man Mr. Talha Syed for asking 200 AED for a fridge shelf that fell and cracked because it wasn't screwed on properly on our first day. Fun side note: I've spoken too many old recycled managers, staff and executives who were in agreement with me and left due to them also having a poor work culture in the hotel. Now you must be wondering why did I stay here for 2 years after writing all this? One reason: Convenience to metro station, grocery stores, mosque and offices and universities nearby. But anyways, that's all folks!

"Dear Valued Guest, We would like to thank you for taking the time to share this feedback with us, and we are glad you were satisfied with your stay at our hotel. We can't wait to have you back here soon ! Sincerely, Mohamed Elatik Front Office Manager "

"Dear Valued Guest, We would like to thank you for taking the time to share this feedback with us, and we are glad you were satisfied with your stay at our hotel. We can't wait to have you back here soon ! Sincerely, Mohamed Elatik Front Office Manager "

I would like to share my feedback of my stay in Mercure hotel Albarsha heights First I would like to say thank you so very much to Housekeeping Team they make my room well cleaned and organized. All are very supportive and Professional they really knows how to do their jobs. specially Mr. Israr and Ahmed Housekeeping Supervisors and Armadi and Norman Housekeeping staff. they are make our stay comfortable and memorable. They are always coming greeting and asking about our stay thats shows staff is very caring for their Guest. Once again thank you very much for your care.

"Dear Valued Guest, Thank you very much for taking the time to post this review. We are very happy to have been able to make your stay enjoyable. Your feedback means a lot to our team and I will share your comment with /israr, Ahmed ,Armadi and Norman. We hope to see you again at Mercure Hotel to offer you an even better experience than the first one. Sincerely, Mohamed Elatik Front Office Manager "

"Dear Valued Guest, Thank you very much for taking the time to post this review. We are very happy to have been able to make your stay enjoyable. Your feedback means a lot to our team. We hope to see you again at Mercure Hotel to offer you an even better experience than the first one. Sincerely, Mohamed Elatik Front Office Manager " 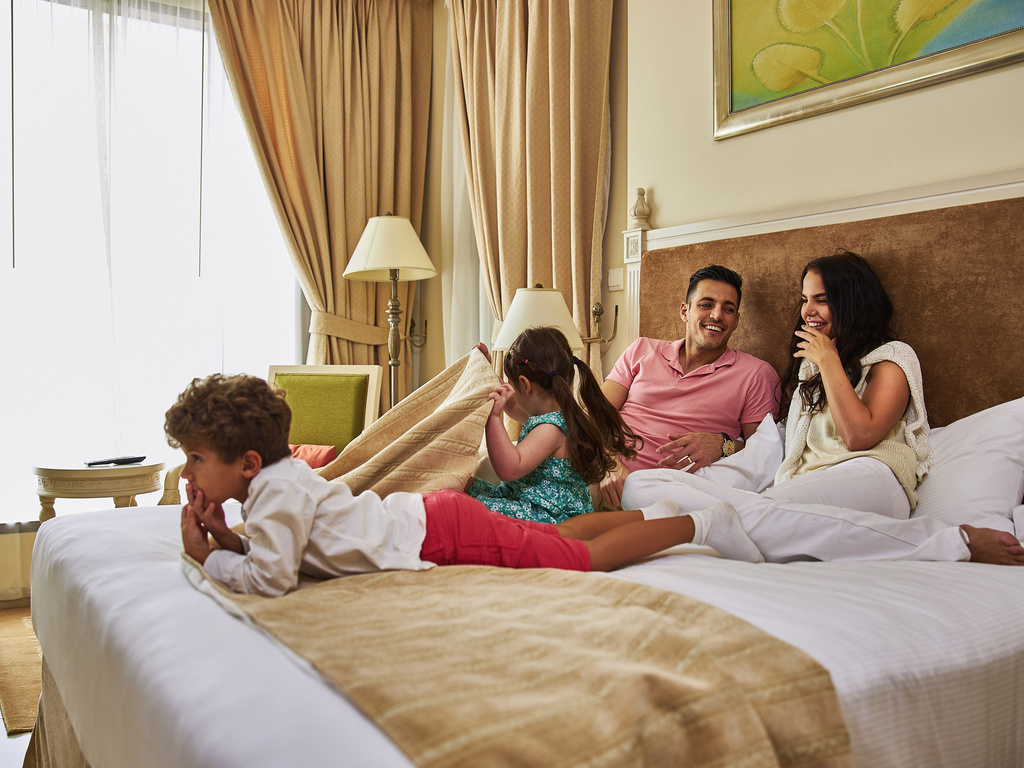 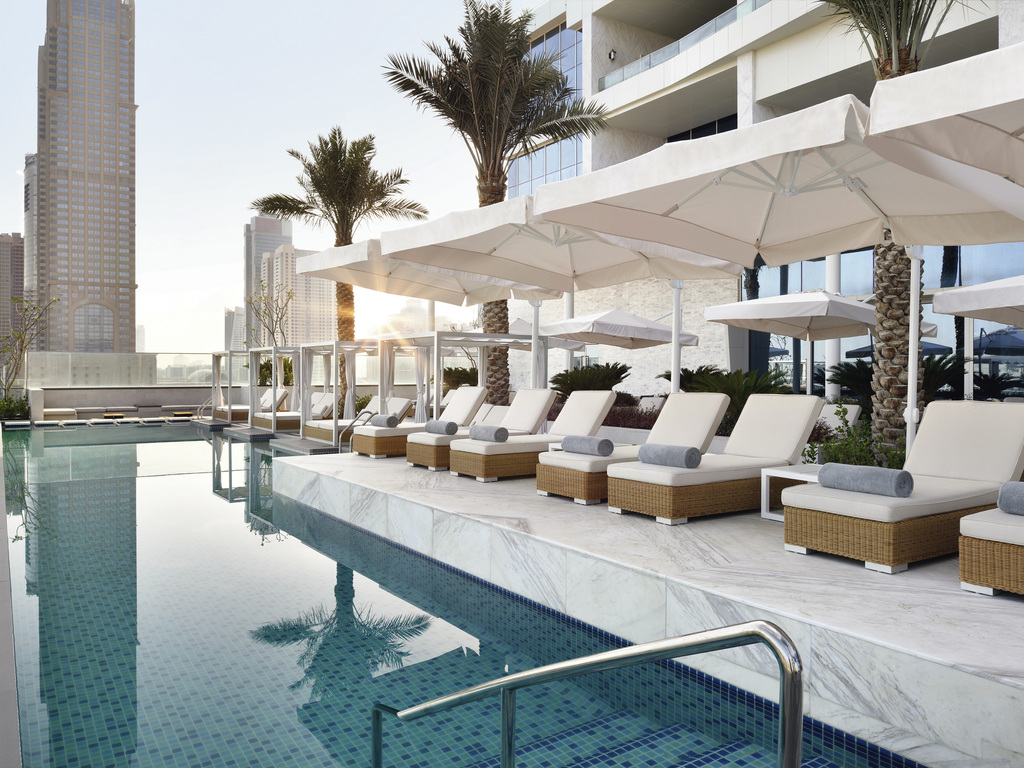