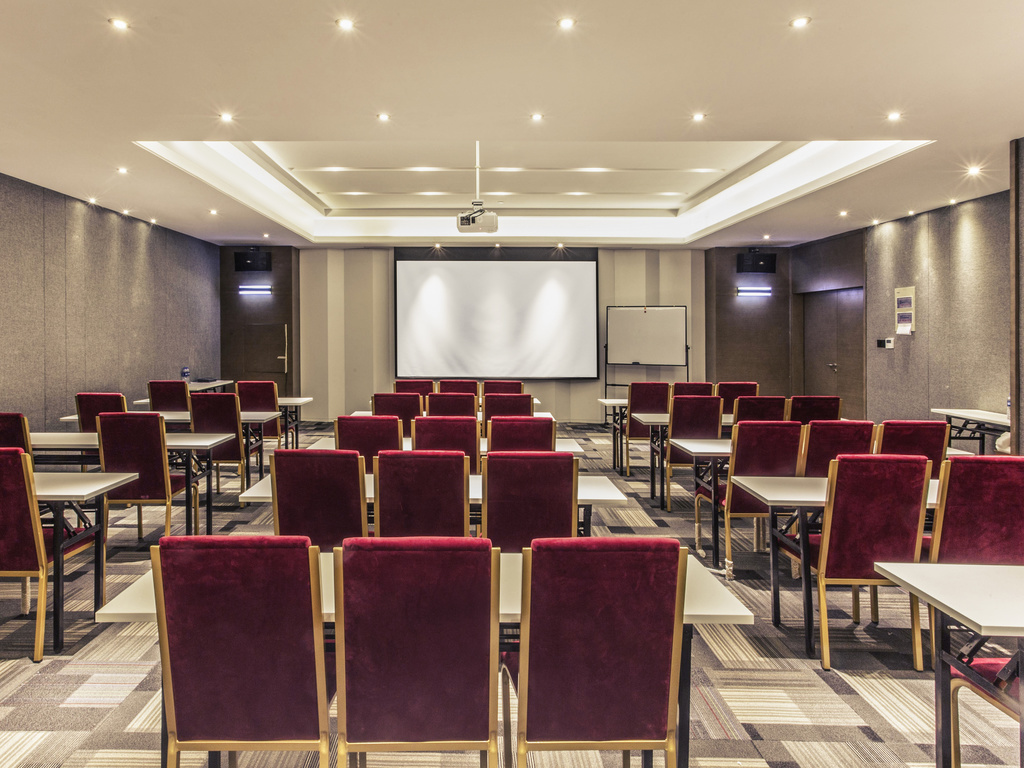 this new hotel's main entrance not facing the main road and the nearby construction posed a safety hazard walking to the station. When approached the drivers or people near to the hotel, they are not awared of this hotel.

Very good hotel that will improve when neighborhood improves.

Main issue with hotel is finding it. As it is at the rear you need to search for signs high up to find the building and go to the rear of that building. Once found, the hotel is all I required. Check was quick. No mention of Accor Silver benefits..... so a little disappointed with that. Room was a good size. Lighting took a little getting used to. High tech. Hotel, once you figure out relationship with subway was convenient to use. Taxi's are cheap so used I used quite often. Breakfast as good but not fantastic. Food was a bit generic. Have a programmable coffee machine but only having American coffee option not so good. The main issue is the area is a bit dead. Many empty buildings and quite a lot of road building detract from the area. Go to the Shopping Centre diagonally across from building is best option. I was very happy staying at hotel and would highly recommend.

Wonderful experience and stay in this hotel. Excellent services. Clean and modern hotel. Friendly staff especially Amy, 实习生，Sukie and Antony. They helped us with all the needs. Really appreciated it. Hotel provided late snacks services in small lounge beside the lobby between 8.30pm to 9.30pm. Highly recommended for those who wanna visit Suzhou. This hotel is quite new. The Rooms are reasonably well-designed: large comfortable bed: lots of lighting, Full-length mirror beside an immense flat-screen TV. The bed was excellent (see Bed photo). The most curious thing about my room, number 6050 on the sixth floor, is that there is NO window. There are floor to ceiling curtains across the wall opposite the door, and the outer curtains even automatically open when you enter the room, but there’s nothing but wall behind the curtains! At the moment, there’s an awful lot of ugly construction going on north and west of the hotel, so perhaps having a blank wall provides a better view than a window would Still, a room devoid of sunlight is a novelty I wasn’t fond of. The shower is excellent in terms of water temperature and pressure, fixtures, soap and shampoo. However, space is at a premium. The toilet area, squeezed next to the shower, does not have a toilet-paper dispenser. Best to grab the roll off the shelf behind you, before you get onto the throne. However, the sink isn’t in the bathroom: it’s a projection out in the room near the bed, and shaving over the sink is difficult because you can’t reach the sink when you stand opposite the mirror (see Obtrusive Sink photo). The Mini-bar has a few non-alcoholic cans—gratis--and you get tea, coffee, creamer, sugar, and two bottles of water daily. The electric coffee-pot works just fine. Closet Space is disappointing: the narrow closet above the safe held four very nice hangers, but the space was so small that the hangers had to be diagonal to the closet in order to close the door. There is no place to place you luggage, except on the floor. WiFi is OK, but their system requires that you have a mainland phone number in order to access the internet. Once on, everything you get will be in calligraphy. And of course some apps that I depend on: google maps, gmail, etc., are unavailable due to the Great Firewall. If you don’t have a VPN and don’t read Chinese, about the best you can do on WiFi is just listen to some current Chinese music albums. As foe electric outlets, they’ve got plenty of them, and you should have no problem keeping your tablets, cell phones, etc., charged. Have to charge them while you’re in the room, though. When you leave, taking your room card out of the wall shuts off the electricity. The Breakfasts are excellent: lots of choices involving noodle, rice, stir-fries or congeee; some dim sum, some pastries, fresh watermelon and dragon fruit, several fruit juices, etc. I made breakfast my main meal: really very good. The restaurant, on the 5th floor, is only open for breakfast, alas. The Staff is excellent: management, reception, housekeeping, engineering and restaurant. Most of them won’t understand any language other than Chinese, but they’ll steer you to, or get, someone on staff who does understand English. Location: There’s a mall adjacent to this hotel, and plenty of other commercial malls on the main road between the hotel and the subway station. Also an IMAX theatre. While you should be concerned about vehicular traffic, you should have no worries as to the safety of neighborhood. The Location is tricky, though. The easy way to get to the hotel from Suzhou station is just to take the subway two stops to the north: Pinglong Road station, and then walk south on Remnan. But the hotel isn’t really on the main street. If you’re walking, here’s how to find it: Head south on Remnan, on the west side of the street. Part of this walk requires going through a road construction area, and you’d better beware of both cars and motorbikes coming up from behind you, the noiseless electric bikes being the worst hazards. But as you get to that area, you’ll spot a Mercure sign at the top of a building on a parallel street (Give Me A Sign photo). Keep going until you reach a small street called Zongguantang Road and then right again into an even smaller, dead-end street (really just a parking lot), Jiudu Jie, to get to the hotel lobby (Zongguantang Road and Jiudu Jie photos). I saw a few taxis in Suzhou, and the drivers might head over to the railway station when a train’s scheduled to arrive. However, the odds of the driver speaking any language other than Chinese are slim. A few other vexations: 1. Whenever you enter your room, the TV is immediately activated at high volume before you even get through the door. That’s certainly not useful. The hotel’s system is designed to make this happen, the only way to kill it was to have an engineer come in and literally unplug the wall-mounted TV. I settled for that. (I’ve encountered the same issue at a Mercure in Bangkok: since that one was pumping a specific tourist attraction, the same one, over and over, I suspect this is some cockamamie innovation on spam). 2. The walls are not sound-proofed. I was able hear the folks in the next room having a quiet conversation through the walls. 3. The room safe, although the safe was just a bit too small to fit my laptop into: by comparison, I’ve been to many old Ibis hotels (Europe, Asia and South America) where the safes are large enough to store the same lap-top. Since Mercures are higher up the accorhotel tier-levels than lowly Ibises, and this one is spanking new, I’m disappointed that I was unable to secure my computer when out and about town. Oddly enough, the safe itself slides back and forth on the bottom recess its in, suggesting that a strong hotel thief could just pack the entire safe into a duffle bag and walk off with it, getting your valuables out of it at his leisure back home.

A French contemporary efficiency Hotel attracts me so much

Staying in this French modern deco hotel reminds me of my previous stay in Paris. Yes, this one is French. The lobby resembles a library. The room is big with high ceiling and with all the modern conveniences such as rain shower. The breakfast buffet has a good selection of food. This hotel also boasts a robot which will deliver your food ordered from outside restaurants to your room directly. Staying in this hotel is also comfortable as well as value for money. 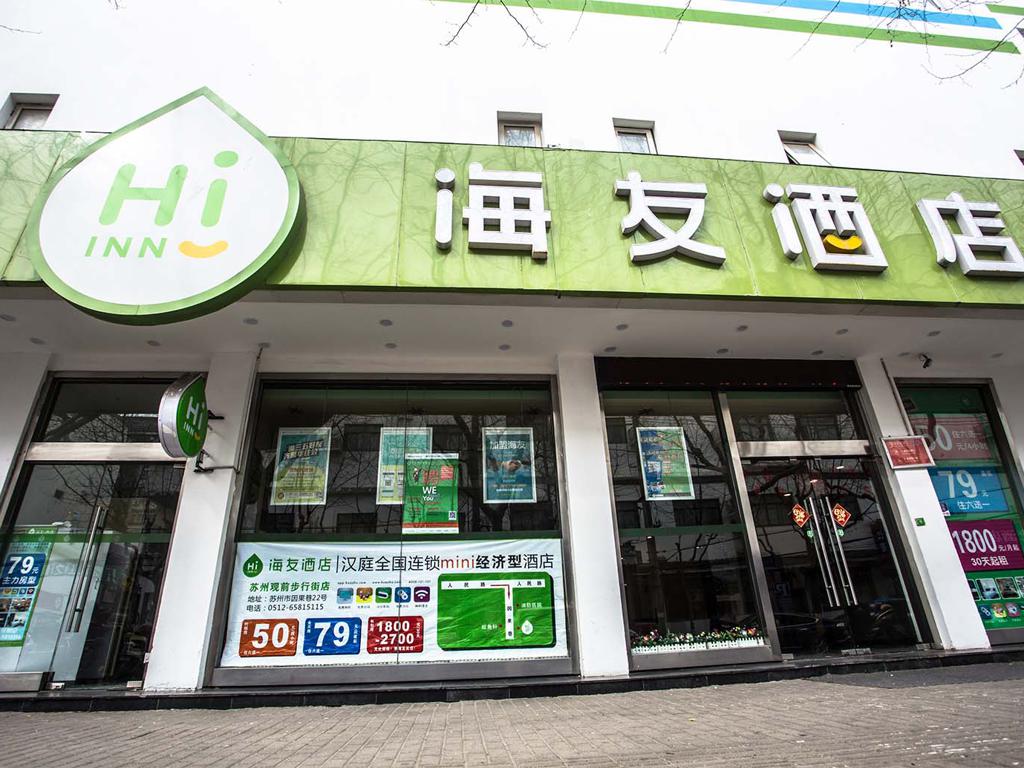