We look forward to welcoming you to Mantra on Russell.

Mantra on Russell offers sophisticated Melbourne accommodation for business or leisure, with spacious Studios, 1 and 2 Bedroom Apartments designed, most with private balconies. Perfect for short or long stays thanks to a long list of excellent facilities, you'll love the convenience of our 24 hour reception and room service, indoor heated pool, spa, sauna and gymnasium. Dine at our onsite restaurant, or hop on the free City Circle tram, just a few minutes from the hotel to explore the CBD.

Located on level one, Home Kitchen and Bar is the perfect place for quiet reflection over breakfast, coffee or a late afternoon drink. Currently open 7 days a week for buffet breakfast with Bar open Thursday-Saturday.

Located on level one of Mantra on Russell, Home Kitchen & Bar is recognised by good food and drink, warm welcomes and thoughtful service. Open Thursday-Saturday 4pm-8pm

Mantra on Russell offers an array of different spaces for different occasions, from executive meeting space, through to large meetings, along with event space or something for that special occasion. Ask us today if we can assist with your next event. 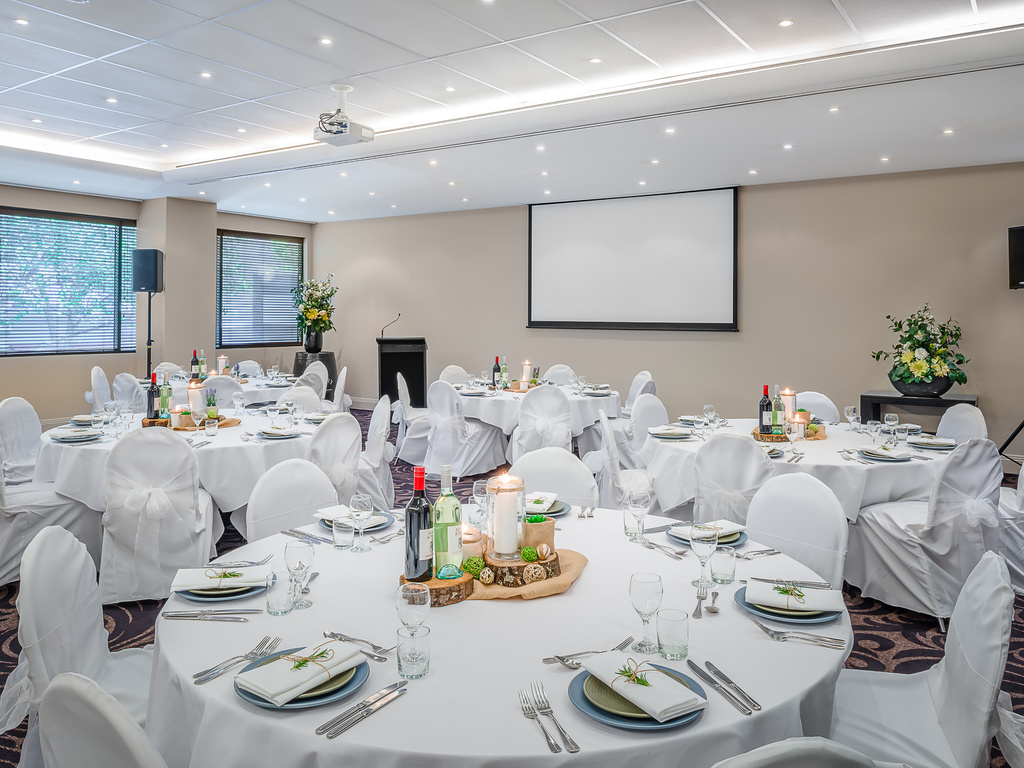 Ideal for both business and leisure travellers, our spacious Studio Rooms, 1 and 2 Bedroom Apartments are packed with facilities to make your stay comfortable and convenient. There is WiFi access and a work desk for keeping up with your workload, as well as FOXTEL when it comes time to unwind. Get creative in the kitchenette or make use of the full kitchen if you feel like dining in. Take in the view with most rooms featuring private balconies where you can cast your eyes out over the city skyline.

The hotel was clean, and comfy and really well located but this was all over-shadowed by hands down the rudest hotel staff member I’ve ever interacted with. My partner and I checked in around 4pm, after getting in from rural Victoria where we had been on holiday. We were in exceptionally high spirits, having gotten engaged the day earlier. To say we were over the moon was an understatement. This feeling came to a grinding halt the moment we smiled at the lady to let her know we were checking in. She huffed and puffed her entire way through the check in - checked a mobile phone for texts, leaving twice to talk phone calls, at one point just stopping to glare at me for a moment and look down at her paperwork. Have you stayed with us before? She asked abruptly. No I don’t think, I said. My partner normally books our accomodation as she’s an Accor member and we’re avid travellers for work and leisure - but I booked the room as a surprise for her knowing we were arriving in Melbourne newly engaged to celebrate with some friends. More huffing and puffing, glaring and looking at a mobile phone ensued. I had my licence and card ready at check in and she eventually asks for them, then snatches them from in front of me. She mumbles something about the room hold, then raises her voice to let me know it’s been declined. I’m puzzled - the card has plenty of funds. I asked her if she pressed credit - it’s a debit card after all. She tells me it has to be a credit card. My partner and I mention we don’t have credit cards anymore, and she huffs again, groans audibly and then reluctantly puts the hold through on savings. She thrusts the room cards at us, and points at the lifts. At this point I figure I might be overthinking the rudeness and don’t say anything to my partner. But as we walk to the lift she looks at me to ask if I know that lady. Was there any reason she looked at me like I’d offended her to her core by just existing. She too was shocked. We had been saying high 20 minutes before, and now we were just flat and shocked that someone had single handedly been so rude we were lost for words. I’m going to assume that in on 2022 the lady’s issue isn’t that she was checking in a same sex couple, because that would be shocking in this day and age. But I also hope that she isn’t treating every person in the hotel the same as she did us that day. And from the way the staff looked to her for guidance, I would hazard a guess she’s a manager at well. It’s safe to stay we won’t be returning to the mantra on Russell but I would highly advise you look into whether this lady is suitable for guest facing service considering how little patience and kindness she has for her guests.

Not as good as the last trip

The facilities, location and room cannot be faulted. However, a few issues caused the guest experience to not be as enjoyable as my previous stay: 1. Intercom not being answered for 20 minutes on arrival. Phone not answered. When I checked in I was told that the intercom was not working. If that was a genuine reason perhaps a not working sign should have been pasted and the phones should have been answered 2. Reduced food range and quality for breakfast 3. Staff not acknowledging politely 4. Pool. Towels not left by the pool (for quick exchange). Had to wait 30 mins the next day for fresh towels despite informing housekeeping that I wanted new towels when booking the room clean As we know staff heighten the guest experience and simple training could be improved.

Dear Claudine, Thank you for taking the time to tell us about your experience at the Mantra on Russell Melbourne. I am sorry that your experience did not meet your expectations; please allow me to express my sincerest apologies. At Mantra, we strive to provide a superior service experience for every customer; therefore your feedback is very important to us. Please rest assured that we are taking the appropriate measures to address the problem and prevent future occurrence. We appreciate your sharing your concerns, and it is our hope that you will give us the opportunity to better serve you in the near future. Sincerely, Nikita Chauhan Assistant Manager

the staff were very helpful the rooms were tidy

Dear Matthew, Thank you for your 5 Star Review! We are glad that you enjoyed your stay and our convenient location. We appreciate your business and look forward to your return. Kind Regards, Nikita Chauhan Assistant Manager

Mantra is in an ideal position for our stay

Dear Angela, Thank you for your 5 Star Review! We are glad that you enjoyed your stay and our convenient location. We appreciate your business and look forward to your return. Kind Regards, Nikita Chauhan Assistant Manager

Overall satisfied, friendly staff, efficient check-in, room overall good. Bathroom is in need of a makeover, poor water pressure and temperature control from shower, shower rose leaking badly on connection. (RM #1208) Breakfast overall good, bacon was always dried out/hard even at 7am when just brought out. Having to pay extra for the barista coffee is unnecessary penny pinching from Mantra and for a $400+ room is just silly. This was never communicated in advance, advised only during the checking out process.

Dear Dene D., Thank you for taking the time to tell us about your experience at the Mantra on Russell Melbourne. I am sorry that your experience did not meet your expectations; please allow me to express my sincerest apologies. At Mantra, we strive to provide a superior service experience for every customer; therefore your feedback is very important to us. Please rest assured that we are taking the appropriate measures to address the problem and prevent future occurrence. We appreciate your sharing your concerns, and it is our hope that you will give us the opportunity to better serve you in the near future. Sincerely, Avi Khera 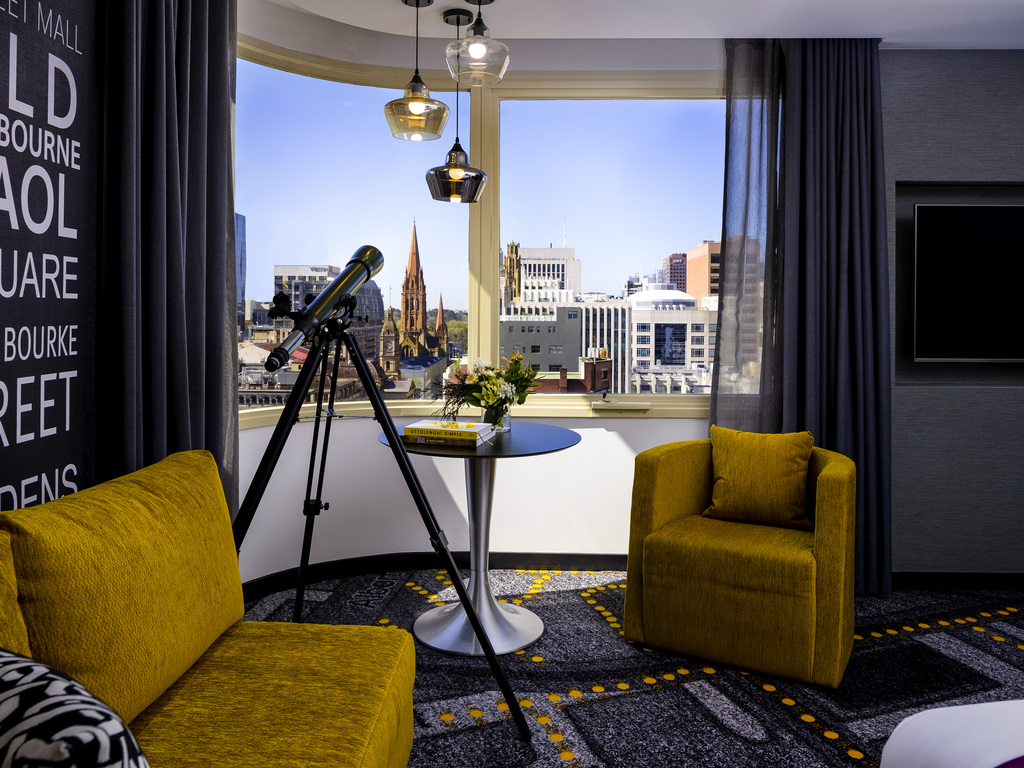 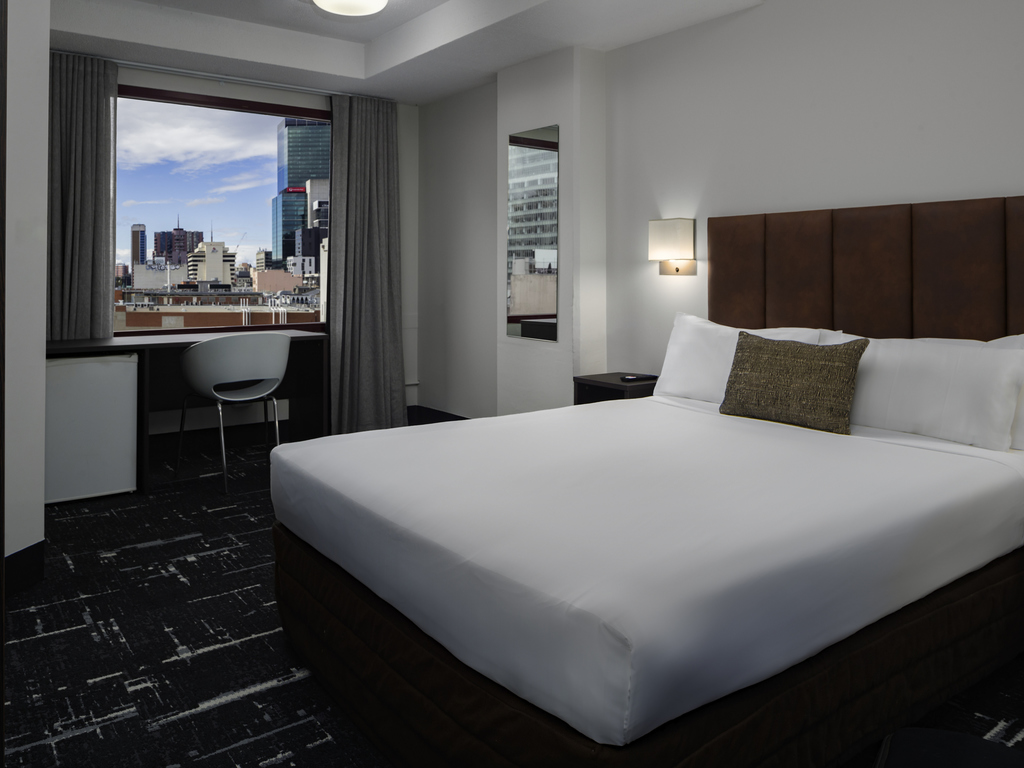 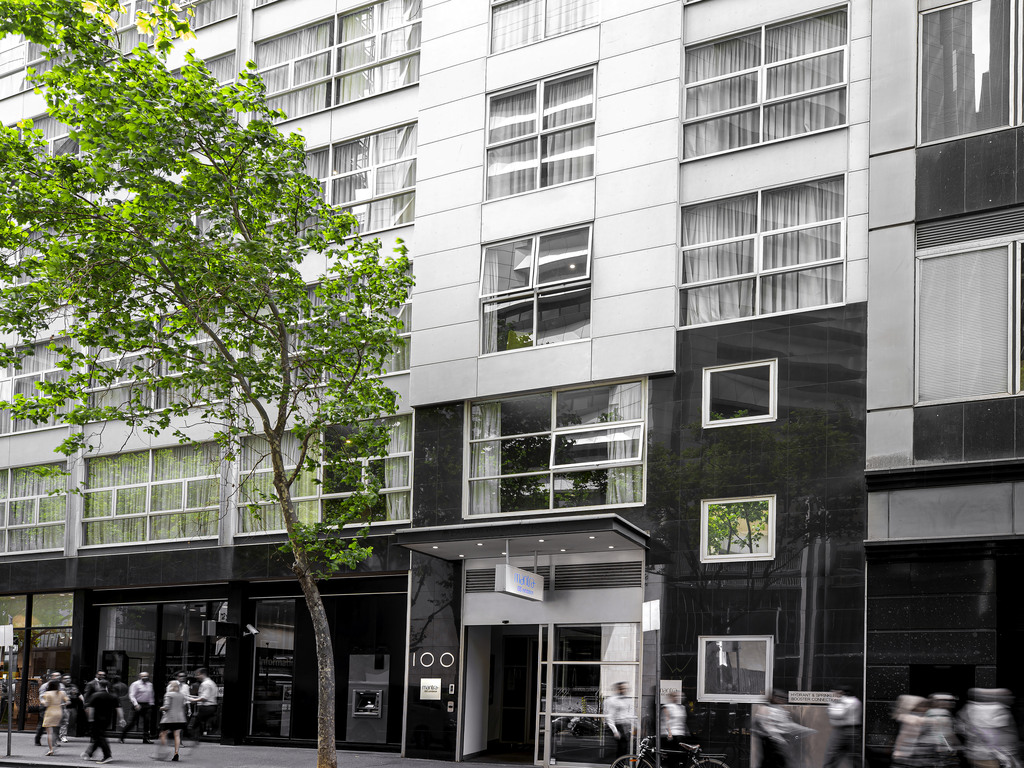 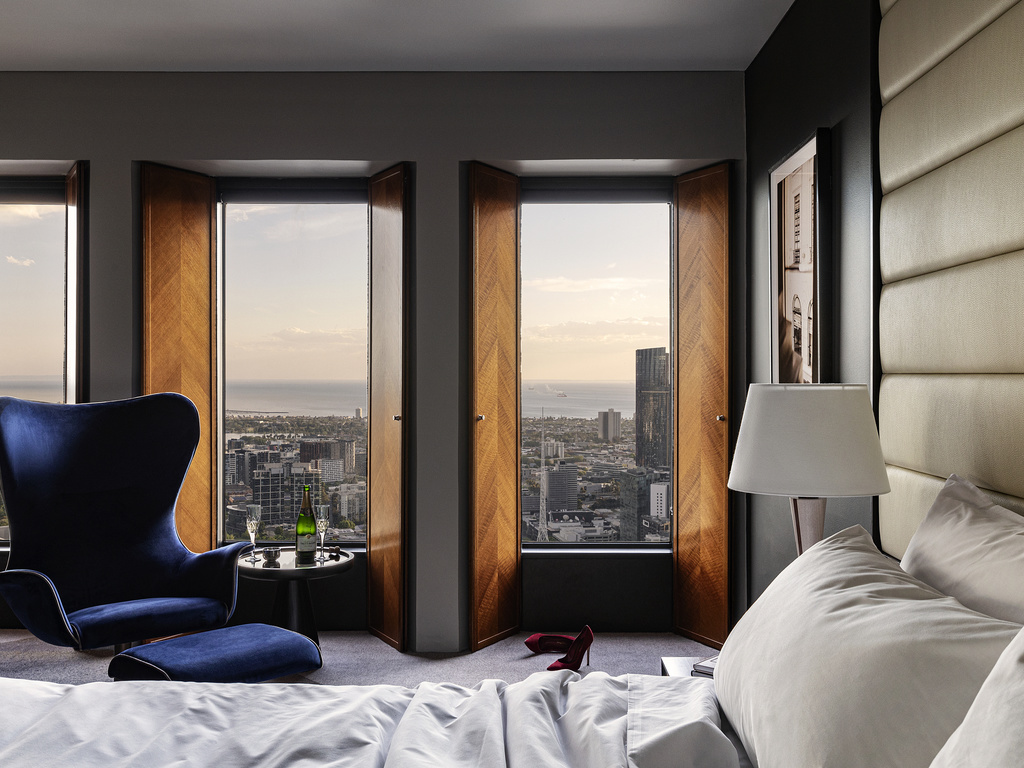