In accordance with recent Government directives in response to slowing the spread of COVID-19, Hotel facilities may experience temporary closures or changes to operating times and/or services provided. Please contact our reception for further details.

We look forward to welcoming you to Mantra the Observatory!

Create unforgettable memories during your next beachside escape at Mantra The Observatory. Freshen up with a dip in the pool or explore the area with bike hire and audio tours available. Rooms are bright and airy, decorated in warm colours and modern furniture, providing everything you need. Be sure to visit Scampi's seafood bar and grill overlooking the ocean with its decadent seafood menu.

Mantra The Observatory is the ultimate choice for families, couples and corporate travellers looking for beachside accommodation. Make your selection from Hotel Rooms, spacious 1, 2 and 3 Bedroom Apartments, or 3 Bedroom Penthouse. Designed to impress, apartments are fully self-contained, complete with a gourmet kitchen and coffee capsule machine, laundry facilities and air-conditioned. Free WiFi is available to all guests, along with complimentary undercover secure car parking.

Our guest reviews for
Mantra The Observatory Port Macquarie

Travelling for work, I arrived at 7:00 pm in the evening, after driving since mid-morning, for over 500 kms and while undertaking two inspections. I was tired, and hungry, and was looking forward to a meal from the restaurant that I had read about prior to booking. I checked in (the female on duty was courteous and professional), put my belongings in my room, looked at information available in the room to confirm that the restaurant would be open until 8:30 pm. I then went down to order at about 7:15 pm. I waited briefly in the restaurant and was then told "Sorry, our kitchen is closed". I said "I've just read that you are open until 8:30 pm". This elicited the response "It is Mothers Day, and we have been busy". I was given no option but to leave. I returned to reception to let the attendant know that the restaurant had closed, and to seek her recommendation for an alternative. She had been quite unaware that the restaurant had closed early, and was apologetic. I ended up having to leave the hotel and walk to the nearby bowling club, where I had a meal that was average club standard, and certainly not the special meal I had been anticipating. I was disappointed with this outcome. Otherwise, the stay met my expectations.

We will be back

Every thing was very good, from check in to check out.

Our hotel room got upgraded from the courtyard view to the ocean view which was such a pleasant surprise especially considering our wedding anniversary 1 night getaway. The main area and the bedroom felt very cosy. I would only recommend to add some plants and furniture in the main room like the small table next to the sofa with the lamp or some nice plants.

Excellent late evening check in, comfortable, quiet and clean one bedroom courtyard room. All team members we encountered were friendly and helpful.

Check in and out, good, apartment did not have as good views as last time when we were on 1stfloor, bt we were upgraded to a 2 bed unit, although we did not use the additional room.

I was very satisfied with room cleanliness. To have to totally leave premise to smoke for single white female in dark was scary. You should offer a safe well lit area

Great apartment but could have been built with an extra ensuite.

The traffic noise makes the balcony noisy and unpleasant in the afternoon during rush hour.

From check-in to check out the front desk team were so friendly and accommodating. Location is great with easy access to the restaurants below and short stroll across the park to the beach. Will be back for sure :)

Good location with good size rooms. Full cooking facilities and dishwasher. Restaurants and shops close by. Higher floor should have been requested as limited view from 2nd floor.

A great place to stay

Whenever we drive to the North coast, we break our trip with an overnight stay at the Port Macquarie Observatory Mantra hotel. We've stayed in a variety of rooms and have always been pleased with the accommodation. I thoroughly enjoy using the pool and spa. Another bonus is that's only a couple of minutes walk to the best food in town at The Stunned Mullet

Great location, great room size The challenge was we were on the first floor and the spa was used most mornings at 7.30 am and it was very very noisy, the motor of the spa was loud. The area needs to be totally covered to keep the noise down

Great place to stay overlooking Town Beach across the road from Port City Bowling Club , courteous staff, we got a free upgrade to a 2 bedroom apartment. easy walk to the centre via beach and break wall, seeing dolphins on the way.

Marvelous Stay at the Mantra Observatory 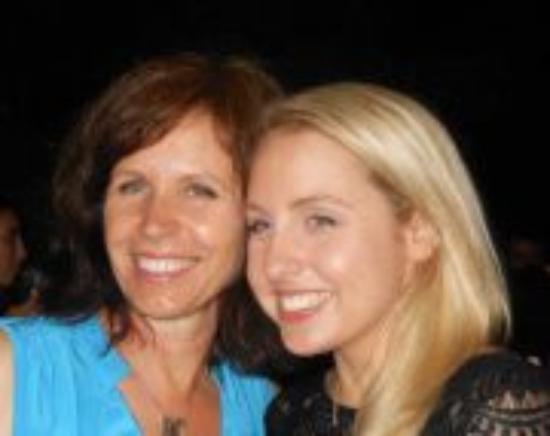 We booked this at the last minute and were so happy we did as the accommodation was first class and the help and support from Amy in reception was amazing. The view from our ocean facing balcony was stunning. We will definitely be back.

Thank you for your 5 star review of Mantra the Observatory and it is great to hear Amy welcomed you with open arms. We look forward to welcoming you back in future.

Our 1 Bedroom suite was exceptionally large & was exactly what we need for a relaxing couple of days. Staff were extremely friendly & helpful. Position was just a short walk to the surf beach although a little walk into the main town area. Main bedroom not air conditioned but overhead fan was adequate. Overall very nice stay.

Thank you for your positive review of Mantra Observatory. We are pleased you enjoyed your stay and look forward to welcoming you in future.

My partner and I had planned a break after the Covid lockdown and some recent surgery for myself that went wrong... we finally arrived after having to reschedule a few times and it was lovely. All we wanted to do was relax and spend some quality time together which we did... the location was great, the staff were amazing and it was what we really needed a really great break... we had a chance to do some local sightseeing which including adopting a koala from the local koala hospital... thank you Mantra for all you did to simplify this stay and make us fetlock so welcome and at home...❤️❤️❤️

Thank you for your 5 star review of Mantra Observatory

We stayed here at Christmas and were very happy with the apartment as the separate room for our teenagers worked well. Staff are very helpful. Great views even on a wet day. The pool, spa and sauna are very good. Just across the road to the beach was very handy. Within walking distance to shops and restaurants. We would definitely stay there again

Our apartment on the 6th floor was spacious and clean, with plenty of equipment for self catering. We had a partial ocean view, which I assume was an upgrade from a garden view, due to being up higher. Staff at reception were friendly and helpful, and it was no problem to get any extra items needed e.g. tea/coffee, towels etc. As there is no bar we did not get our usual welcome drink - maybe a voucher for a coffee at the adjoining café as an alternative?? The apartment was very spacious with plenty of storage. Only minor downsides are that the bathroom is a bit small, and there is no aircon in the bedroom (ceiling fan only). The window also, could only be opened a couple of inches as there is a lock on it - probably a safety precaution. It did however have a fly screen. Would happily stay again, especially in the cooler months.

Stayed 7 nights, 8 people all up across two apartments, each a beach view two bedroom apartment. The two apartments were quite different, one being a larger corner suite (but weirdly having to share it's laundry with another room, although if you book a 3 bedroom apartment presumably they give you this room as well) whilst the other was smaller but had exclusive use of a laundry. Bedrooms were fine, comfortable, no bathrobes or slippers but that's to be expected for the price paid. Kitchen was well appointed with oven, stove (albeit the slowest one I've ever seen), fridge/freezer, microwave, pod coffee. The cooking utensils and crockery was very eclectic, and different across the two apartments so it's a bit of a lucky dip whether you get the things you are after. Washing and laundry detergent was provided . Foxtel channels of limited range. Shortage of powerpoints in both apartments generally, would recommend bringing a powerboard. Nice shower, bathtub separate but quite small. Service was ok, one room had been requested to have two singles instead of King and this hadn't happened, but housekeeping quickly rectified the situation. Rooms were serviced midweek. Could get beach towels from reception. Only one lift, small and slow, but no big deal as hotel wasn't that busy. Main complaint: as an Accor Plus member I exclusively stay in hotels that are part of the Accor program. This hotel is part of this program in name only. All the typical perks given to Accor members (eg free drinks on arrival, heavy discounts at the restaurant, early and late check out) were completely absent. Staff barely seemed aware of what the Accor program was, and the lack of Accor branding around the hotel suggests the hotel isn't very aware either. Sounds like a small thing, but made a difference of several hundred dollars in missed restaurant discounts alone, and given I picked this hotel out of all the available options because it was with Accor I found this frankly disappointing. 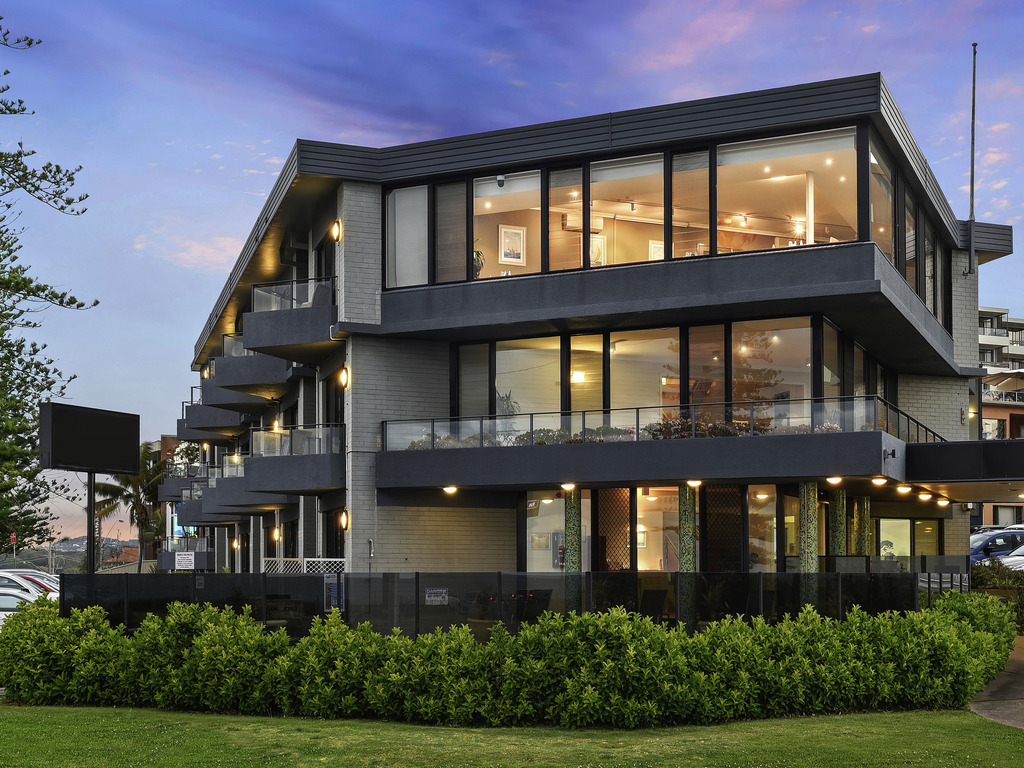 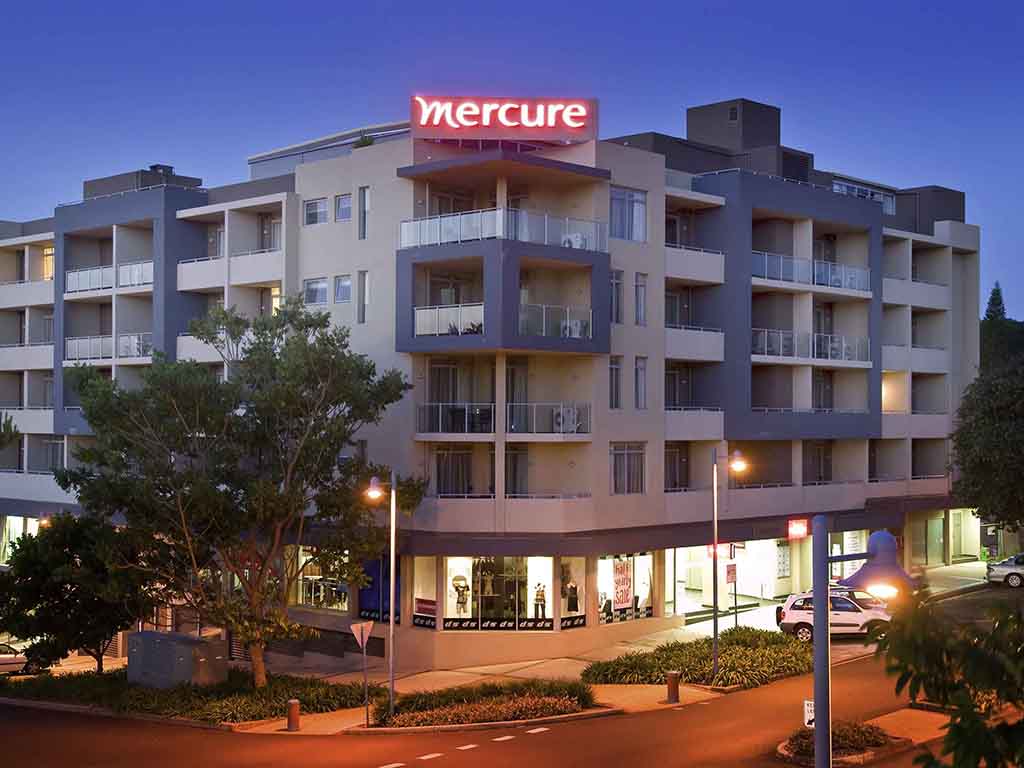 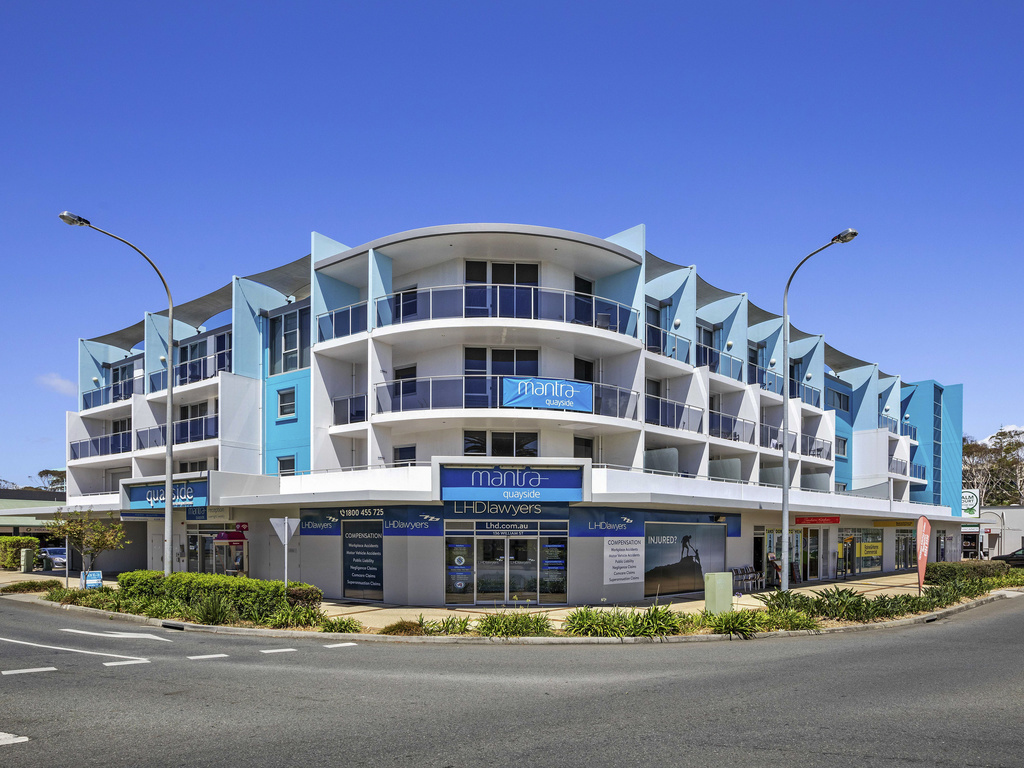